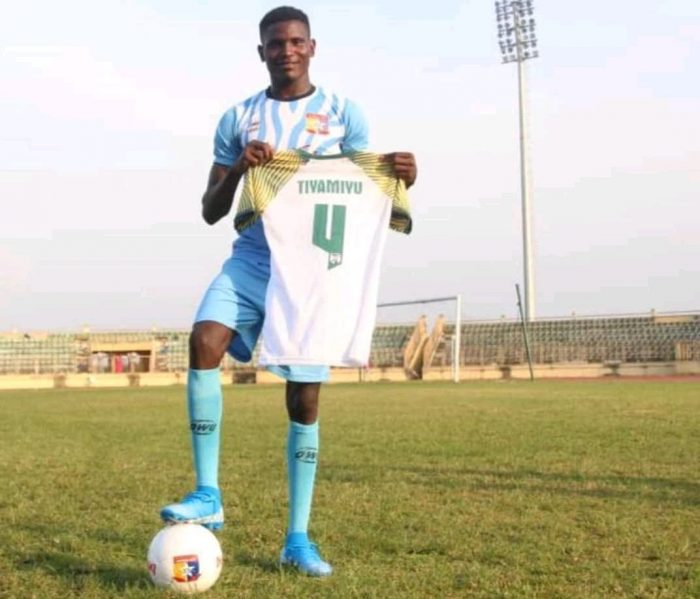 Tiyamiyu Kazeem: He was allegedly killed by SARS

The Nigeria Police Force has sacked the Zonal Intervention Squad officer who was involved in the alleged murder of the Remo Star football club player, Tiamiyu Kazeem.

Inspector Olaniyi Ogunsoro’s dismissal came following a recommendation sent to the Assistant Inspector General of police in charge of zone two, after the dismissed officer’s trial by the Ogun State Police Command.

Ogunsoro is presently undergoing disengagement proceedings of the service and he is expected to soon be prosecuted. Channels TV reports.

The Ogun State Police Command on Saturday confirmed the death of the Assistant Captain and Defender of Remo Stars Football club, Tiyamiyu Kazeem and ordered the arrest of one of its own who was involved in the soccer player’s demise.

The police had said that Kazeem was knocked down by a vehicle while trying to cross the expressway in order to evade arrest.

However, the club, quoting an eyewitness, said men of the police’s Special Anti-Robbery Squad (SARS) had “pushed” Kazeem out of a moving vehicle, leading to his death.

Following the conflicting reports regarding the death, Inspector-General of Police, Mr. Mohammed Adamu, ordered the Deputy Inspector General of Police in charge of the Force Criminal Investigation Division (FCID), DIG Anthony Ogbizi, to investigate the killing of a player.

In a statement by the Force Public Relations Officer, DCP Frank Mba on Monday, the IGP gave the order while reviewing daily reports of major crime incidents across the country.

Adamu commiserated with the family and friends of the deceased and called for calm.

He assured that justice would be done in the matter while reiterating that any person found culpable will be brought to book.