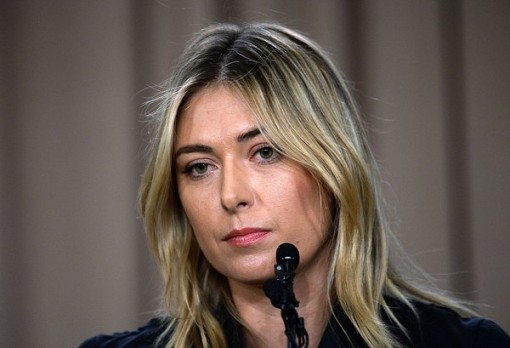 Five-time Grand Slam winner Maria Sharapova, one of the world’s most recognisable sportswomen, on Wednesday announced her retirement from tennis, after 28 years of being involved with the sport.

“After 28 years and five Grand Slam titles, though, I’m ready to scale another mountain – to compete on a different type of terrain.”

“Sport gave me a life. I’ll miss it every day.”she wrote.

Since she returned to tennis after a two year drug ban, Sharapova had not been the same woman that won five grand slams. Wracked by shoulder injury, she slipped to 373rd in the world ranking.

It should not be surprising that the Florida-based star feels now is the right time to walk away from the competitive arena.

Sharapova won five singles majors, the first being the 2004 Wimbledon title when at 17, she shocked Serena Williams.

However at the 2016 Australian Open she tested positive for banned drug Meldonium and was never the same player when she returned to the circuit after serving a 15-month ban.

Her last match proved to be a straight-sets defeat to Donna Vekic in the first round of this year’s Australian Open.

Sharapova refused to explain what she will do next except enjoy the simple things like “lingering over a morning cup of coffee, unexpected weekend getaways” and “dance classes”.

She wrote: “How do you leave behind the only life you’ve ever known?

“How do you walk away from the courts you’ve trained on since you were a little girl, the game that you love – one which brought you untold tears and unspeakable joys – a sport where you found a family, along with fans who rallied behind you for more than 28 years?

“After 28 years and five Grand Slam titles I’m ready to scale another mountain — to compete on a different type of terrain.

“I’m new to this, so please forgive me. Tennis — I’m saying goodbye.

“One of the keys to my success was that I never looked back and I never looked forward. I believed that if I kept grinding and grinding, I could push myself to an incredible place.

“But there is no mastering tennis — you must simply keep heeding the demands of the court while trying to quiet those incessant thoughts in the back of your mind.

“Throughout my career, Is it worth it? was never even a question — in the end, it always was.

“My mental fortitude has always been my strongest weapon. Even if my opponent was physically stronger, more confident — even just plain better — I could, and did, persevere.

“I’ve never really felt compelled to speak about work, or effort, or grit — every athlete understands the unspoken sacrifices they must make to succeed.

“But as I embark on my next chapter, I want anyone who dreams of excelling in anything to know that doubt and judgment are inevitable: You will fail hundreds of times, and the world will watch you.