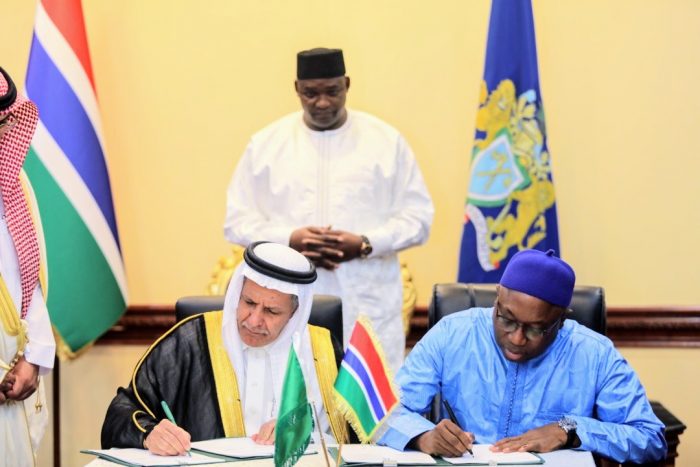 Bountiful gains are in the way of the Republic of Gambia as the Saudi Fund for Development (SFD) recently signed an agreement with the West African country to provide a loan to finance the second phase of a development project at the capital’s Banjul International Airport.

According to a press release forwarded to PM NEWS by Ranin Al Sabbagh, Senior Media Relations Executive of AETOSWire, on Thursday, the improved facilities will see jobs increase to over 1000 with the prospect of increasing number of passengers by 43% to reach 400,000 per year.

“The increase in capacity will allow five different airlines to be handled every three hours. The result of the expansion means Banjul is set to become a regional air transport hub. The modernization and upgrading are expected to contribute to the overall growth of The Gambia’s national GDP, impacting the lives of The Gambia’s 2 million population either directly or indirectly.

“The SFD’s loan agreement is part of its ongoing effort to enhance economic stability and prosperity in The Gambia. The SFD has previously provided loans totaling USD 169 million for 12 projects including transport, education, water and economic development and 5 grants worth USD 43.5 million towards projects in the water and energy sectors”, the release read.

Dignitaries in attendance at the signing event, according to the release, included The Gambia’s President Mr. Adama Barrow; Gambian Minister of Finance and Economic Affairs, Mr Mambury Njie, and the Minister of Transport, Mr Bai Lamin Ousman Jobe.

The release quoted SFD H.E. Eng. Yousef Al-Bassam as saying, “The Kingdom of Saudi Arabia represented by the Saudi Fund for Development is pleased to be able to offer assistance to help develop the economy in The Republic of The Gambia. An airport meeting international standards is vital for the growth of trade, tourism, investments, air transport, logistics and maintaining worldwide links and SDG’s by UN.”

SFD is said to be one of the largest development and sustainable assistance providers which has since 1975 played a vital role by providing loans and financial assistance to more than 1,000 projects in developing nations, aligning with the aims of Saudi Arabia’s Vision 2030 roadmap which seeks to enhance economic and social stability in the countries in need.