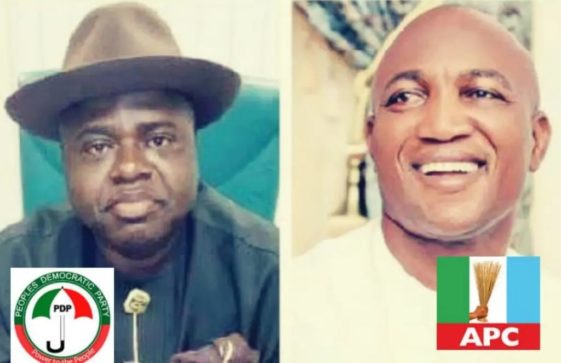 The Bayelsa Chapter of All Progressives Congress (APC), on Thursday, urged the party members and supporters in the state to accept the Supreme Court judgment that sacked its candidate, David Lyon.

Mr Jothan Amos, the Chairman of the party in the state, at a news conference, however, commended the people for voting for the APC in the Nov. 16, 2019 governorship election.

Amos said that with the dismissal of the party’s application by the apex court to review its earlier judgment on Wednesday, the party had exhausted the legal options.

“We have no other option than to move on,’’ he said.

The Supreme Court had on Feb. 13, held that the APC Deputy Governor-elect, Degi Ereminyo, submitted forged documents which made him and Governor-elect, David Lyon, ineligible to contest the election.

The Independent National Electoral Commission (INEC), in compliance with the judgment, on Feb. 14 issued a Certificate of Return to the PDP candidate, Duoye Diri, who had since been sworn in.

The APC, however, in an application approached the apex court to review its judgment, which it dismissed and described as “frivolous”.

Amos condemned the violence that trailed the court’s decision and advised party supporters to tow the path of peace.

“I express warm greetings from Chief David Lyon and the leadership of APC in Bayelsa. We thank the people of Bayelsa of voting age who sacrificed in their numbers to turn out to vote on the 16th of November 2019.

“We are indeed especially honoured and humbled to have over 340,000 votes; that to us demonstrated the change matrix we all yearned and desired.

“Let me encourage all party faithful and Bayelsa people to accept the decision of the Supreme Court in good faith. They should embrace peace and love. As a party, we must unite to uphold peace to leverage on the love extended to us by the people of Bayelsa as clearly demonstrated on the election day on Nov. 16, 2019,’’ Amos said.