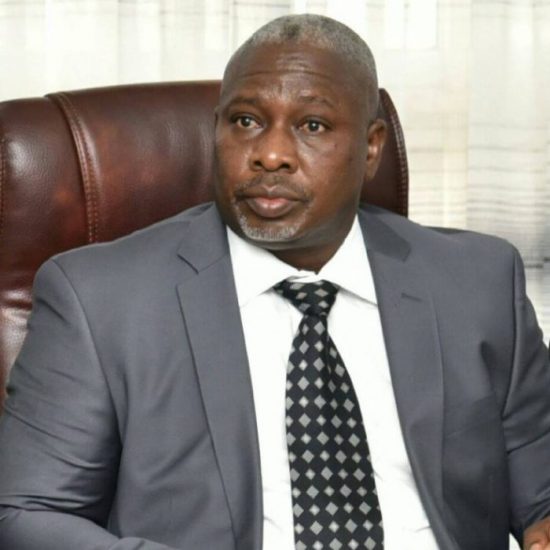 A Kogi High Court sitting in Lokoja has belatedly declared as illegal, null, void and of no effect, the removal of Elder Simon Achuba as the Deputy Governor by the state House of Assembly .

The Court also declared that the subsequent nomination of Chief Edward Onoja and his inauguration as the Deputy Governor as replacement for Achuba, did not follow due process.

Justice John Olorunfemi of Kogi High Court IV made the declaration on Thursday in Lokoja in his judgement on the suit brought by Achuba challenging his purported removal on October 18, by the state House of Assembly.

His principal, Governor Yahaya Bello had since contested another election with Achuba’s replacement and both had been sworn in for a new term.

Achuba had approached the court to challenge his removal by the Assembly and subsequent replacement by Onoja, the former Chief of Staff to Gov. Yahaya Bello.

Olorunfemi held that the process leading to the purported impeachment and subsequent nomination of another person to the office by the lawmakers was a violation of the Constitution.

He described the action of the Kogi State House of Assembly as “a constitutional coup, hatched and executed in a democracy” and said it ran contrary to Section 188(8) of the Constitution of the Federal Republic of Nigeria, 1999 (As amended).

The Section, according to him, provided for stoppage of further action by the Assembly having discovered that Achuba was not found wanting by the report of Investigative Panel of Inquiry set up by the State Chief Judge.

He held that the onus to produce the remaining volumes of the report, purported to have indicted the former Deputy Governor, rested with the defendants adding that they failed to prove.

He said that the 29 defendants also did not file a counter notice, describing the process of removing the former deputy governor as not following due process.

Olorunfemi wondered why the legislators whose responsibility it was to make laws for the state turned out to be “law breakers.”

He said that they chose to proceed with the purported impeachment even when the seven-man committee set up to investigate allegations of gross misconduct against the deputy governor declared him not guilty.

The Judge therefore granted all the prayers of the defendant to the effect that the impeachment as carried out by the state Assembly and subsequent inauguration of Onoja on the 18 October 2019 remained null, void and therefore, of no consequence.

He said that the chief judge of the state Justice Nasir Ajanah should not have gone ahead with the swearing in of Onoja as no further action should have taken place after the “no guilty verdict.”