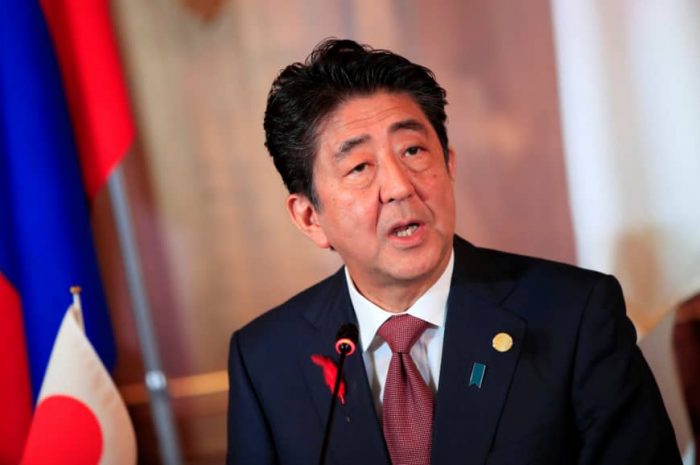 Amid concern over the spread of coronavirus, Japanese Prime Minister Shinzo Abe said Thursday the government will request all elementary, junior high and high schools to close from Monday, March 2.

They will remain closed until the end of spring break, he said.

Abe instructed the government to “prepare necessary legislation to curb the spread of infections and minimize the impact on the lives of people as well as the economy.”

Nursery schools will be excluded from the nationwide closure request, according to the Ministry of Health, Labor, and Welfare.

Abe issued the instruction in a meeting of the government’s task force to fight the pneumonia-causing virus, which originated in the city of Wuhan in central China.

Japan at the moment has 189cases with 17 reported on Thursday. Three persons have died so far.