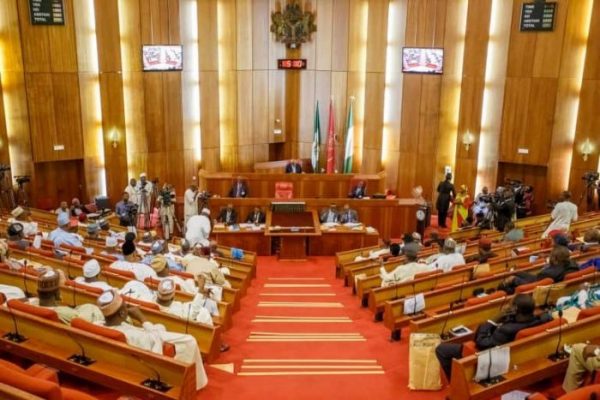 Sen. Ajibola Bashiru (APC-Osun Central) says the monthly earning of a senator in Nigeria is less than N1 million as against the speculated jumbo pay.

Bashiru stated this on Thursday while speaking on the sideline of the “News Keg”, a personality interview programme organised by the Correspondents Chapel of the Kwara Council of Nigeria Union of Journalists (NUJ).

According to him, basically what a senator take-home monthly is N700,000 out of which car loan of over N8 million is being deducted on a monthly basis.

“What I tell whoever that stands up to say senator collects jumbo pay is that since they have qualifications, they can also come to contest so that you can also collect jumbo pay.

“That is being sarcastic anyway, but the truth of it is that the take-home pay of a senator is about N700,000 per month.

“Aside, from it is the car loan of over N8 million which is being deducted monthly.

“The truth is that as a senator, you are entitled to six aides who are paid by the National Assembly Service Commission and they are paid directly into the account. Will you count that as my salary?

“Also, I am entitled to travel allowance and Eastacode which does not form part of the salary,” he explained.

The senator, who expressed concern about the cost of governance in the country, however, said that it should be at the expense of genuine representation.

“The cost of governance that journalists need to look into is to restructure the country to regional system.

“We have about 38 structure systems in the country – the Federal Government, Federal Capital Territory and the 36 states of the federation with bureaucracies.

“The personnel cost of MDAs in Nigeria runs into billions if not trillions of naira. Let’s analyse Nigerian budget and see what goes into personnel.

Bashiru also explained that if the National Assembly is scrapped, the country would only make marginal savings, if at all any savings, in the cost of governance.

“The issue of cost of governance goes beyond going out and attack legislators as if they are rogues.

“No, we must look inward to see how we can streamline our agencies, ministries and departments in such a way that is efficient and has value for money.”

He criticised how 73 percent of the national budget goes into recurrent expenditure and queried what happens to capital projects.