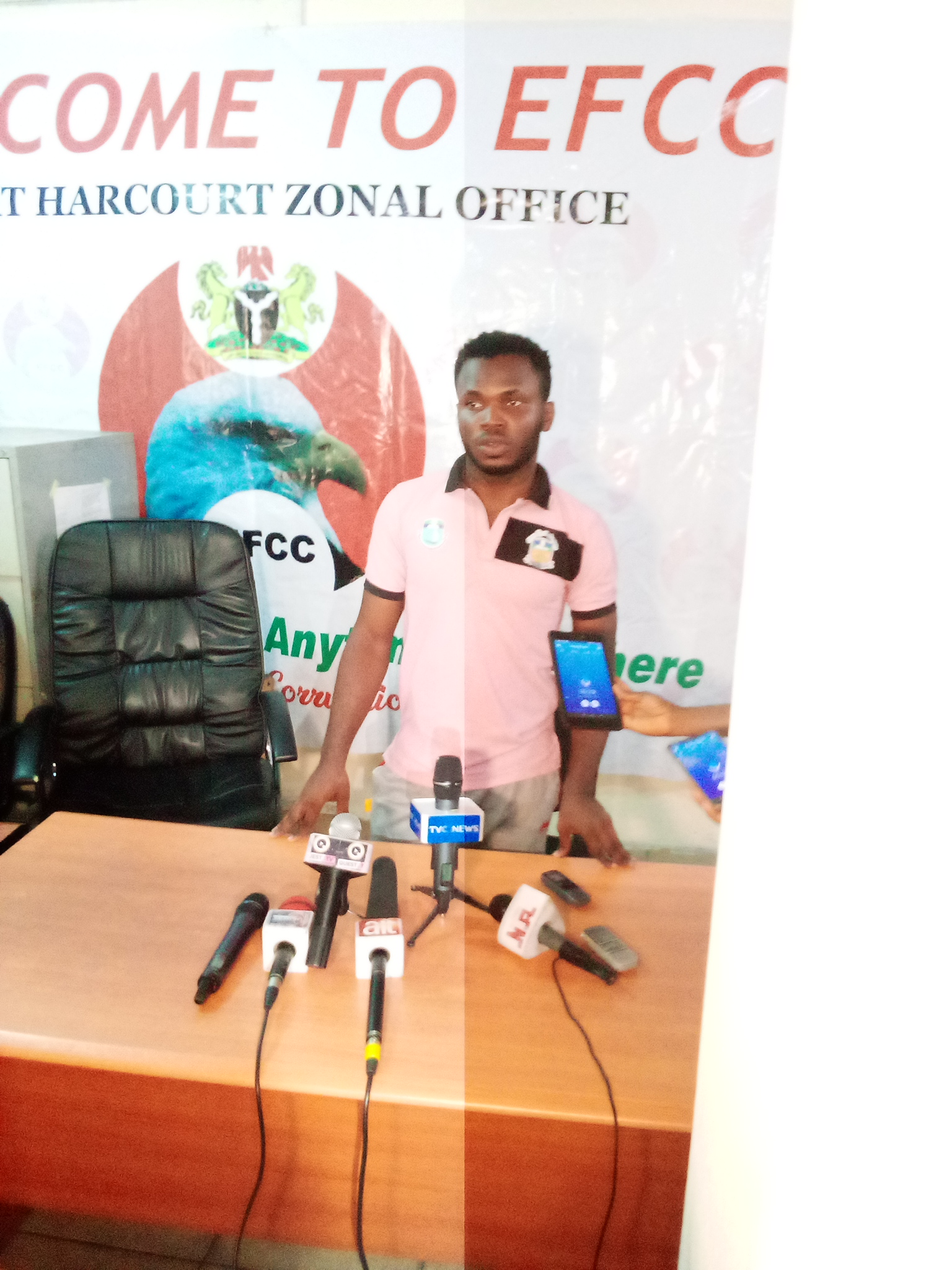 The Economic and Financial Crimes Commission (EFCC), South-South Zone, Port Harcourt have tracked down and arrested one Dikeocha Chukwuebuka, the blogger who posted a fake photo online, alleging that the crowded torture cell belonged to EFCC.

The head of Port Harcourt Zonal Office, Usman Imam paraded Dikeocha before newsmen at the EFCC office, said the suspect was arrested at a new generation bank along Ada George road, Port Harcourt at 4 pm on Wednesday, February 26.
Usman Imam told newsmen that the fake news posted by the suspect with his Twitter account @ The Real Dayne on February 10, 2020, was shocking and embarrassment to the Commission because there was no such torture cell at the Zonal office. 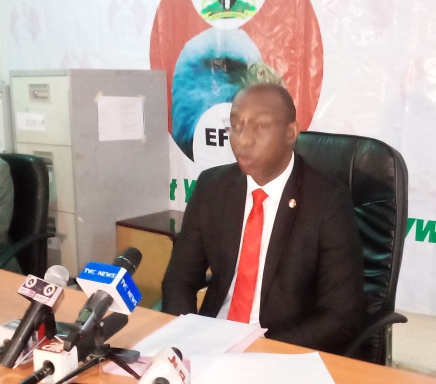 He recalled that he had vowed the Commission would deploy its resources to track down the harbinger of the fake photo news on February 12, 2020, when journalists were invited on a tour of its detention facilities.
Imam explained that the feat in tracking and eventually arresting the suspect in a record time of about two weeks of the manhunt is living within the slogan of the Commission, which is: “EFCC will get you, anywhere anytime”.
He assured that the suspect will have his day in Court after thorough investigations despite his apologies so that his case will serve as a deterrent to others. According to him, when those who commit a crime the society goes unpunished, crimes and criminalities prevail.
During an interview with Journalists, Dikeocha Chukwuebuka owned up posting the photos which misled the public to believe that a “crowded cell” existed in Port Harcourt EFCC that he knew was not true.
Dikeocha said; “I apologize to the Commission and the nation for the embarrassment the fake photo news that I posted have caused. The photos have nothing to do with EFCC cell facilities.l am indeed sorry.l’m ready to assist the Commission in any way I can.” he said. 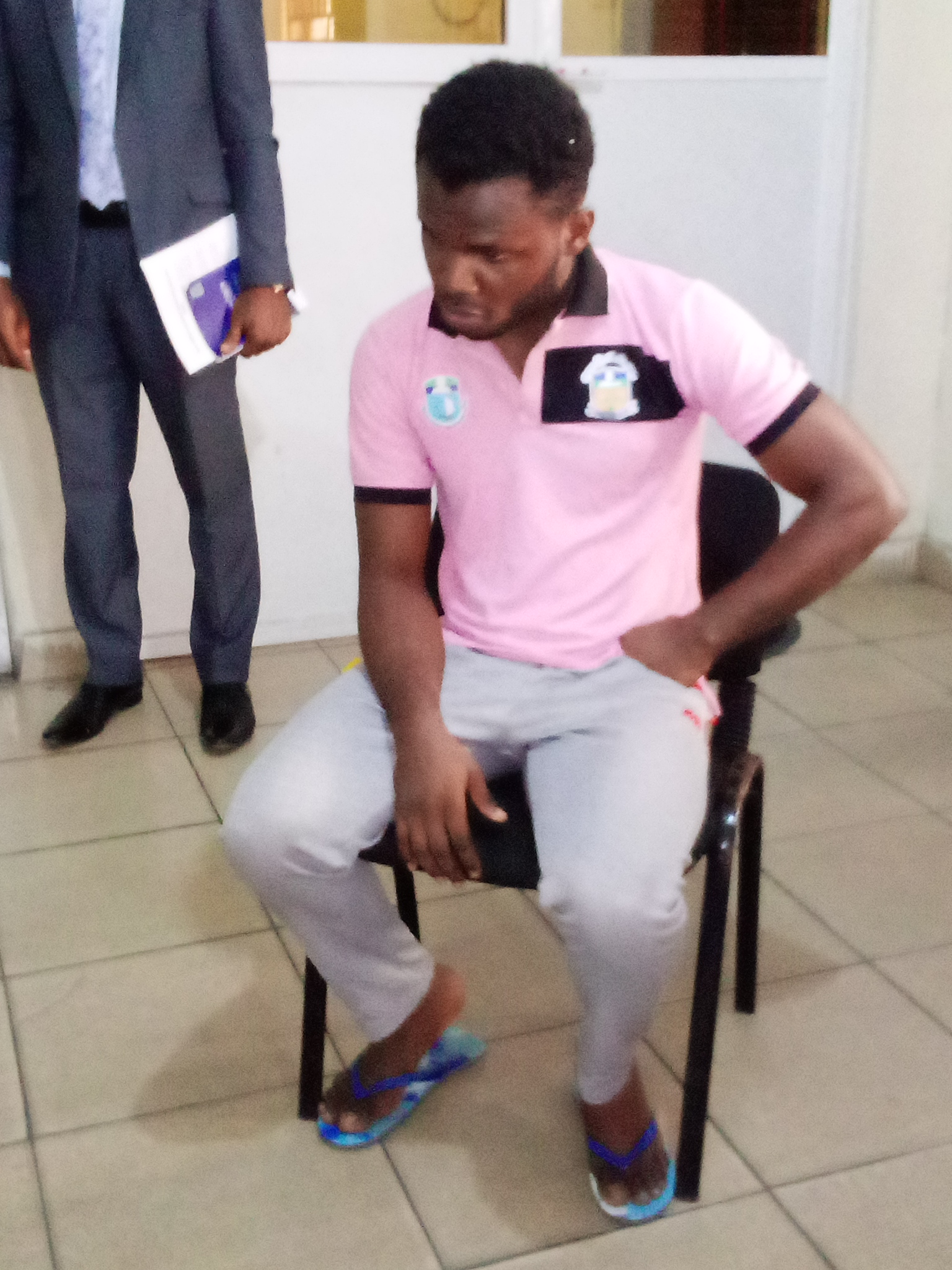 When asked the motive behind the fake photo news, initially, he claimed a friend gave him the photos, later he owned up snapping it himself from the window of a storey building somewhere but had to post it as a detention facility of EFCC in Port Harcourt.
However, the head of EFCC, Imam, warned Nigerian bloggers, especially the young ones, who are desperate for huge Online traffic to make money to be a little circumspect in using news which they have not checked.
“It is important that Social Media influencers do some fact-checking before publishing to save the society from the ordeal of fake news”, Imam warned.
Tags:   Dikeocha Chukwuebuka   efcc   Port Harcourt cell