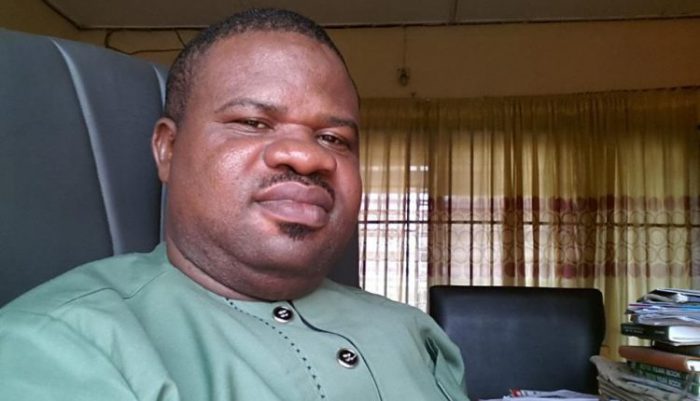 President of the Nigeria Union of Journalists (NUJ) Christopher Isiguzo

President of the Nigeria Union of Journalists (NUJ), Christopher Isiguzo, has called on warring members of the union in Ogun State council to sheathe their swords and embrace peace for the progress of the union.

Isiguzo made the call on Tuesday when he paid a courtesy visit to Iyalode of Yorubaland, Chief Alaba Lawson as parts of his 3-day working visit to the state.

Isiguzo said he was aware that a handful of people were determined to destroy the fabric of the union, saying if they destroyed the union for their selfish reasons, they wouldn’t have opportunity to seek the union’s assistance in future.

He appealed to them to retrace their steps and embrace peace as, according to him, there are consequences for their actions which might be too hard for them to bear.

He described the threats by some members to destabilize his visit to the state as “rant of ragamuffins” bent on perpetrating crisis in the state.

“We thank God, our arrival today is in continuation of the nation wide tour. As I speak we have already visited over 15 states, including all the six states in the Northeast: Borno, Yobe, Bauchi, Gombe, Adamawa and Taraba. This is a zone that is considered by everybody as being very unsafe but we have to go there because we have our colleagues there.

“That’s why when I read that some Ragamuffins had threatened to stop us from coming here, I told them if I could visit Maiduguri, Damaturu, Yola, Jalingo, Bauchi and Gombe, what will stop me from coming to Abeokuta.

“I want to assure our colleagues in Ogun State that we are committed to serving the union with diligence, commitment, and determination. We cannot be swayed by the ranting of an ant or ants, we are not carried away by that”, the union president said.