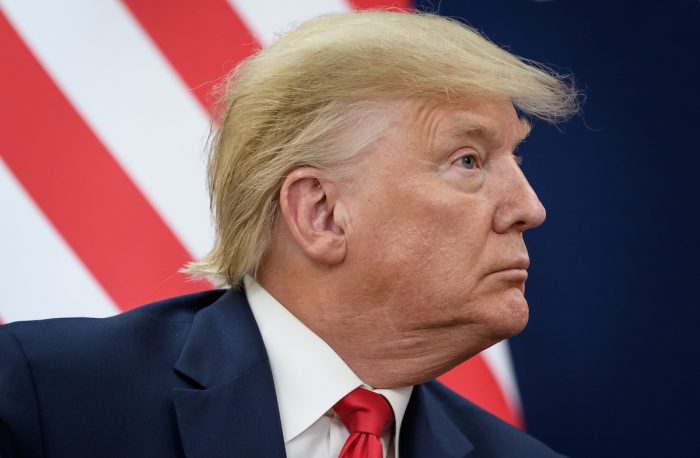 US president Donald Trump: Is he still in charge of America?

The 2020 campaign team of the United States President Donald Trump has filed a libel lawsuit against ‘The New York Times’ alleging that the newspaper “knowingly published false and defamatory statements” connecting Trump to Russia.

According to the suit, the newspaper cited Trump in a March 2019 opinion piece about Russia, taking his war with the media to different heights.

Opinion pieces by The New York Times are published in The Times’ opinion section, which is separate from the organization’s newsroom and has a different leadership and control. The March 2019 piece at the center of the defamation lawsuit was written by Max Frankel, a former executive editor of The Times, and was titled “The Real Trump-Russia Quid Pro Quo.”

In the opinion piece, Frankel wrote “there was no need for detailed electoral collusion between the Trump campaign and Vladimir Putin’s oligarchy” as the Trump campaign and Putin “had an overarching Quid Pro Quo deal: the quid of help in the campaign against Hillary Clinton for the quo of a new pro-Russian foreign policy, starting with relief from the Obama administration’s burdensome economic sanctions.”

The Trump campaign’s lawsuit alleges that The Times was “well aware when it published these statements that they were not true.” and that The Times published the opinion piece “knowing it would misinform and mislead its own readers” because the newspaper harbors “extreme bias and animosity” toward Trump.

The Trump campaign also added as evidence, previous articles published by The Times about the meeting Donald Trump Jr. participated in with a Russian lawyer at Trump Tower. The campaign in its lawsuit noted that The Times had been provided a statement from Trump Jr. in which he said the meeting “provided no meaningful information” but that The Times still went ahead to publish Frankel’s opinion piece ahead of the release of former Special Counsel Robert Mueller’s report into Russian interference in the 2016 election because the media house knew it “was likely to exonerate the Campaign from allegations of collusion.”

In a statement, a spokesperson for The Times reacted to the lawsuit, saying, “The Trump Campaign has turned to the courts to try to punish an opinion writer for having an opinion they find unacceptable.”

“Fortunately, the law protects the right of Americans to express their judgments and conclusions, especially about events of public importance. We look forward to vindicating that right in this case.”