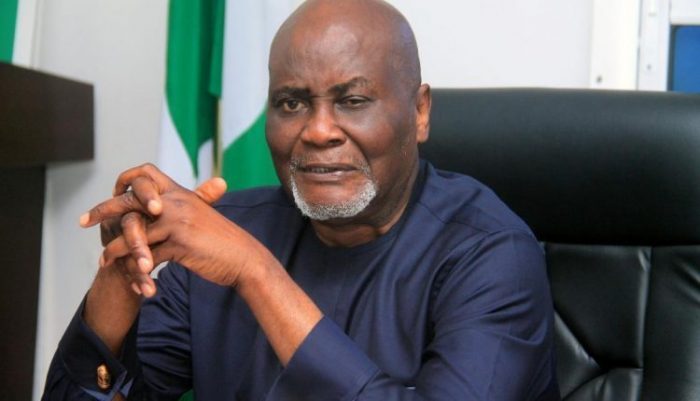 Dokubo’s suspension takes immediate effect, according to a statement by Femi Adesina, the presidential adviser on media and publicity.

The suspension followed the recommendation of the National Security Adviser, Babagana Monguno, who had set up a Caretaker Committee, on Buhari’s instruction, to look into the faithful execution of the programme.

The committee emerged after numerous allegations and petitions surrounding the Presidential Amnesty Programme, which has been dogged in the past by similar allegations of financial misdeeds.

Former President Umaru Yar’Adua established the programme in 2008 to end the rebellion in the Niger Delta by militants.

“Part of the Committee’s task is to ensure that allocated resources are properly utilized in consonance with government’s objective of alleviating problems in the Niger Delta region, and stamping out corruption in the Amnesty Programme”, said Adesina.

The President has also directed that the Caretaker Committee set up to review the programme should oversee the running of the programme henceforth, with a view to ensuring that government objectives are achieved, Adesina added.

Dokubo was appointed by Buhari in March 2018, to replace Brig.-Gen. Paul Boroh, who was also accused of misappropriating the funds meant for the programme.

Dokubo, was born in Abonnema, Akuku Toru Local government of Rivers state on the 23rd of March 1952.

His primary and Secondary education was done in Abonnema. He then went to the UK to do his A-Levels at Huddersfield Technical College in West Yorkshire.

From 1978-1980 Dokubo was admitted to the University of Teesside at Middlesbrough, where he undertook a course in modern History and politics and was awarded a BA[Hons.

He went to the University of Bradford for his Masters Degree in Peace Studies, and followed with a doctorate in Nuclear Weapon Proliferation in 1985.

He returned to Nigeria in 1993 after some years of lecturing at Bradford.

He was a research professor at the Nigerian Institute of International Affairs in Lagos before he was appointed to head the amnesty programme.