Busted: Dismissed Air Force officer, one other arrested for robbery 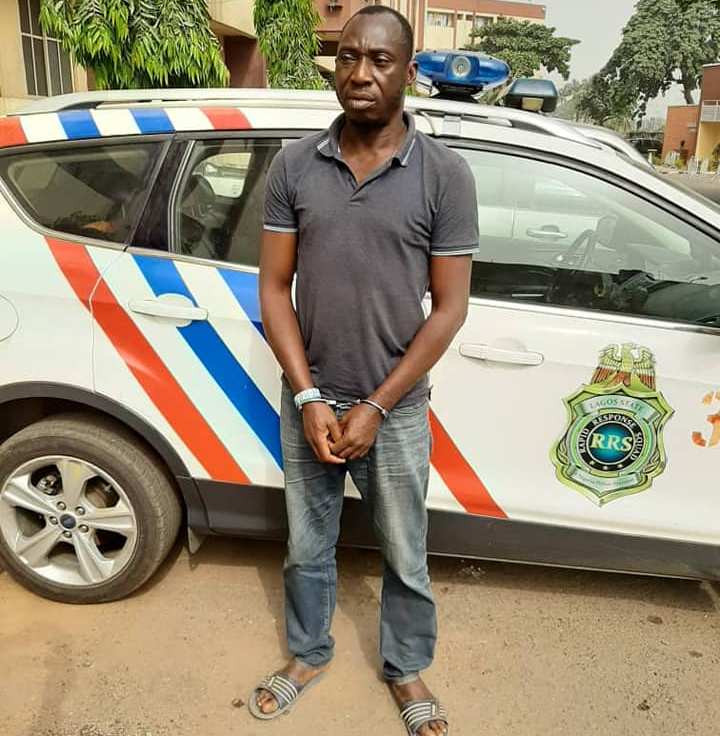 A dismissed Private Air Force personnel and leader of one chance robbery gang using Sienna car to operate in various parts of the Lagos metropolis, has been arrested by the operatives of the Rapid Response Squad of the Lagos State Police Command.

The suspect, Matthew Tokeme, 50 years old was arrested on Tuesday with his Sienna car.

Tokeme with his four other gang members, investigations revealed, operated in Ojodu to CMS route, Abule to CMS, Iyana – Ipaja to Ikeja routes between 5:00 a.m. to 6:00 a.m targeting mostly women as passengers.

Tokeme, who is the owner of the Sienna vehicle with number plate APP 488 FH, disclosed to the police that the blue Sienna was sent to him by his friend based in Germany.

The gang after taking their victims dispossessed them of their valuable before dropping them in desolate locations early in the morning.

One of the victims (name withheld) informed the Commander, Rapid Response Squad, DCP Olatunji Disu about the activities of the gang before he ordered RRS Decoy to go after the one chance gang.

The victim revealed that the gang dropped her in Billings Way, Ikeja at dawn after dispossessing her of an HP laptop, hard drive and money.