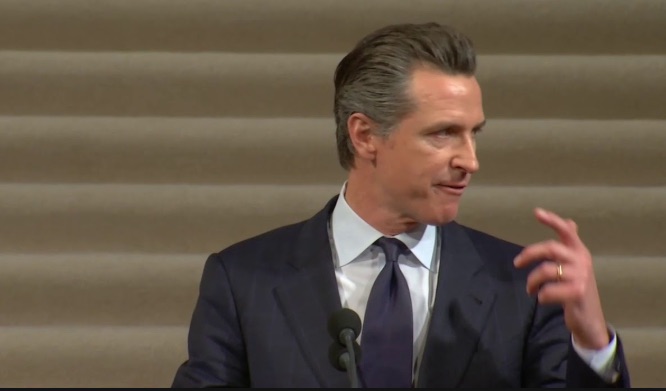 California Governor Gavin Newsom said on Thursday that the state is monitoring more than 8,400 people for coronavirus symptoms after arrival on commercial flights, but the state lacks test kits and is being held back by federal testing rules.

Newsom spoke a day after the U.S. Centers for Disease Control and Prevention reported a coronavirus case of unknown origin in northern California, where some of the world’s biggest tech companies are based.

It is potentially the first incident of the virus spreading within U.S. communities.

And not surprisingly, Facebook Inc said it would cancel its annual developer conference due to fears over the deadly virus, as growing concerns about the economic impact of the global outbreak drove Wall Street to tumble for a sixth straight day.

Facebook’s F8 conference, which attracted 5,000 people from around the world last year, was scheduled to be held May 5 and 6 in San Jose, California.

Microsoft Corp on Thursday said it still plans to hold its own developer conference in Seattle later in May but withdrew from a gaming conference scheduled for next month in San Francisco, joining a host of multinationals in calling off corporate events and grounding employees from travel as a result of the outbreak.

Konstantinos Papamiltiadis, Facebook’s director of platform partnerships, said that instead of the F8 event the company would organize “a combo of locally hosted events, videos and live streamed content.”

A Facebook spokesman said the company has imposed temporary restrictions on business travel for its employees to mainland China, South Korea and Italy, where a significant number of cases have been reported.

Facebook said earlier this month that it was expecting the outbreak to have some impact on production of its Oculus virtual reality headsets, which are produced in China.

Microsoft likewise plans to hold a digital-only event from March 16-18 in place of the Game Developers Conference. Facebook earlier pulled out of the gaming conference and called off its 4,000-participant global marketing conference, also a San Francisco-based event.

The South by Southwest Music and tech festival, set to be held in Austin, Texas, in March, said in a statement that it has seen “a handful” of cancellations related to the virus, but the event will proceed as planned.

Earlier this month, The Mobile World Congress (MWC), the annual telecoms industry gathering in Barcelona, was called off after a mass exodus by exhibitors due to fears over the coronavirus.

Job search engine Indeed, which is based in Austin but has offices worldwide, told Reuters on Thursday that it had restricted some international travel, temporarily closed some offices and recommended some people work from home as part of its response to the coronavirus.