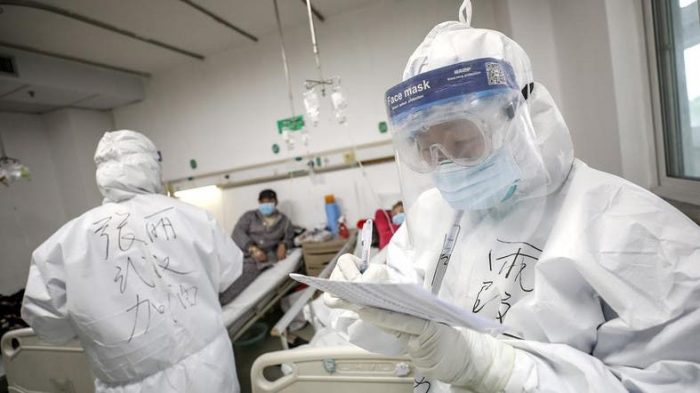 Coronavirus doctors at work in Wuhan

Rivers State Government has placed the state on high alert even through there has not been any reported case of any person infected with the virus.

Sequel to that, the State Ministry of Health in conjunction with the Agencies of the Federal Ministry of Health like the National Centre for Disease Control and other stakeholders are in synergy to ensure maximum surveillance all national entry points into the state.

Dr. Chinwe Tonye Atata, acting Permanent Secretary, Ministry of Health in a press briefing on Friday in Port Harcourt on the preparedness, said there are already established multiple layers of screening of in-flight assessment of passengers for early detection of suspected cases as well as secondary screening at Port Harcourt International Airports and other foreign entry points into the state.

She said that in line with established protocol, all international travellers from already affected countries are to be placed on self-isolation within the medically known incubation period of the virus to manifest and that within this period, such persons are closely monitored at the point of their destination.

“For the avoidance of doubt, there is no known case of Coronavirus in state as of now.”

She said that the state has mapped out isolation treatment centres in case of any eventuality.

In addition, the state has also set up Rapid Response Team and multisectional technical working group, specifically dedicated for regular review and evaluation the situation in state .

She assured that the State has in stock sufficient preventive and protective equipment and supportive therapeutic drugs in case of any eventuality.

“We believe in early prevention and protection and to this end, we join the global community to advise people on regular washing of hands with soup and water, especially when hands are soiled with sweat and contact with people.

Atata cautioned citizens not to spread misinformation on Social Media on the disease, because such abuse could lead to danger and panic, assuring that the Rapid Response Team would provide routine update and necessary measures have put in place to ensure public safety.

On the absence of a substantive Commissioner and Permanent Secretary for the Ministry, she said necessary structures are in place to handle the emerging viral disease.