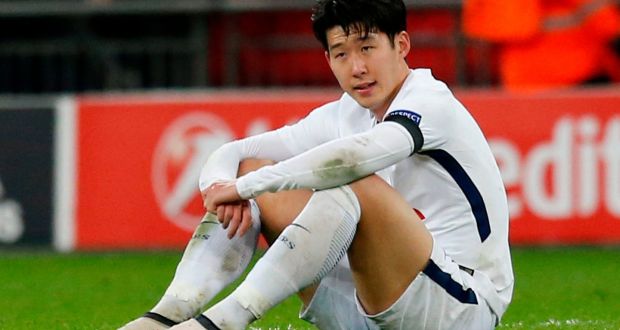 Tottenham star forward, Son Heung-min will be forced to self-isolate for two weeks on his return from South Korea over continued fears surrounding the coronavirus.

Son was given permission to return to his homeland in January to undergo surgery for the broken arm he sustained in the 3-2 win over Aston Villa on February 16.

He flew to Seoul, just 150 miles from two of the worst affected areas in the country, for the operation before government protocols on travel to and from South Korea were introduced.

Son had wanted the same surgeon who helped him recover from a similar injury he suffered in 2017 that left him with a metal plate in his right arm.

Speaking on the development, Tottenham boss Jose Mourinho said: “I think the normal advice comes from the authorities, comes from the government. I’m not going to make any comment, I’m nobody, I’m no specialist.

“I just get the legal advice and what my club gets from authorities, and of course we follow everything.

“That’s why I’m saying that Sonny when he’s back from Seoul we will have to follow the protocols and we are not going to have him immediately here.

(Where he will be?) “I don’t know how to be specific with that, I just know we have to follow some safety protocols.”

Son had initially been ruled out of action for the rest of the season with a fracture he sustained in the win at Villa Park when he collided with Ezri Konsa.

But Mourinho has now revealed that he could feature at some point with a cast.

He added: “That’s another hope but of course we’re far from it.”