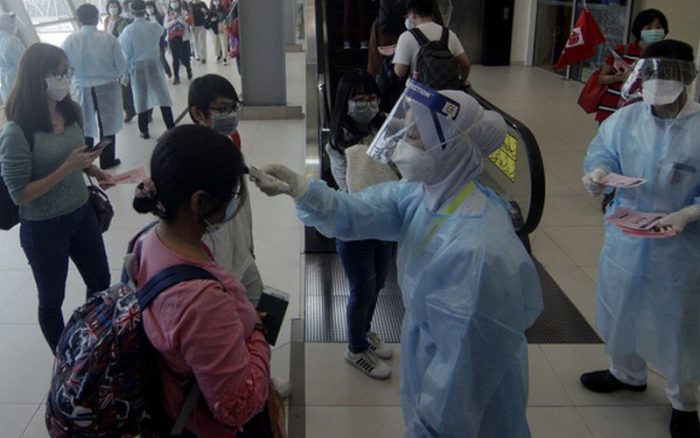 Travellers being tested at the Malaysia airport on arrival

Malaysia has imposed a temporary entry ban on South Koreans following a spike in the number of Covid-19 cases in South Korea itself.

The cases in South Korea jumped to 2,337 on Friday, with 571 new cases logged and 13 deaths, making the Asian nation the new epicentre of the deadly virus, outside China.

Malaysia Health Ministry in a statement today said the temporary ban also includes foreign nationals who had passed through Daegu City and Cheongdo district 14 days before arriving in Malaysia.

“Malaysians, permanent residents and pass holders (long term social visit pass and students pass) who were in Daegu and Cheongdo district for a 14-day period prior to their arrival in Malaysia must undergo a health screening by the Malaysian Health Ministry,” he said in a statement.

The coronavirus crisis has spooked South Korea’s financial markets, led Hyundai Motor to shut down one of its plants and prompted boy band BTS to cancel its April concerts.

The outbreak has also dented the popularity of President Moon Jae-in, a poll showed.

More than half of South Korea’s cases are linked to a branch of the Shincheonji Church of Jesus in the southeastern city of Daegu and a hospital in Cheongdo county.