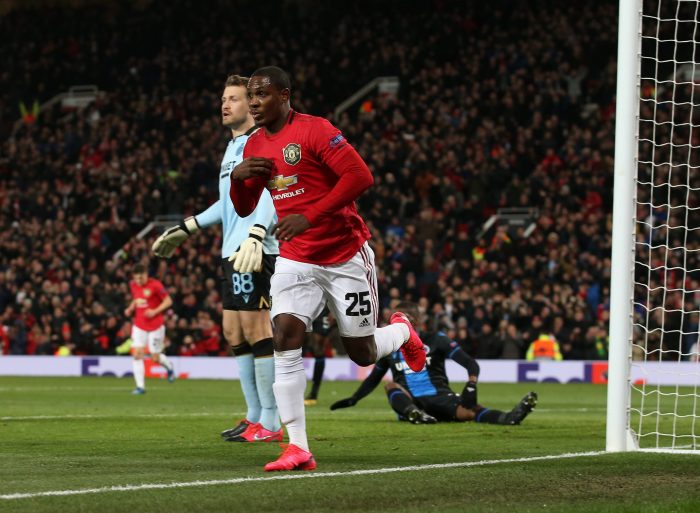 Manchester United clinically steamrollered Club Brugge 5-0 at Old Trafford on Thursday night to book the last 16 of the Europa League.

First-half goals from Bruno Fernandes, with his second penalty in five days, a first United strike for Odion Ighalo and a comeback goal for Scott McTominay swept aside the Belgians.

Brugge had Simon Deli sent off for the handball that gave Bruno his spot-kick and the Reds took full advantage of an extra man.

Fred scored twice in the second half to complete the rout, his first goals of the season, as United strolled to a 6-1 aggregate win.

It was a hectic and entertaining start to the second leg with both United and Brugge posting early goal threats.

Juan Mata was the first to fire on target with a fierce left-foot drive saved by ex-Liverpool goalkeeper Simon Mignolet.

The visitors’ response was to storm towards the other end and United’s defence looked at sea but David Okereke couldn’t finish and Luke Shaw cleared the danger.

Inevitably, new crowd favourite Fernandes was prominent, hitting a post, via a touch by Mignolet, and having another shot also saved. Sandwiched between the Portuguese star’s chances, Mats Rits squandered another gilt-edged opening for Brugge when lofting over from Sergio Romero’s punch.

All that before 15 minutes was on the clock!