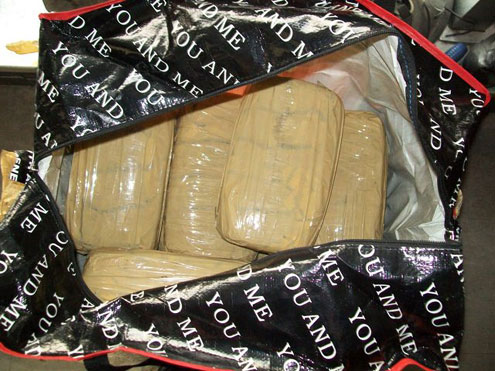 The 17kg cannabis that was intercepted at lagos airport.

A Federal High Court in Lagos on Friday ordered that a 27-year-old man, Kareem Osho, who pleaded guilty to trafficking 150g of cannabis, be remanded in a correctional facility.

Justice Chuka Obiozor, who ordered that Osho be remanded in Ikoyi Correctional Centre, adjourned the case until March 3, for review of facts before sentencing.

Aernan alleged that Osho was arrested following a tip-off in Lagos, with 150g of Cannabis, a prohibited drug similar to Cocaine and Heroin LSD.

He said the offence contravened the provisions of Section 11(c) of the NDLEA Act, Cap N30, Laws of the Federation 2004.