Senate to FG: You are not doing enough to prevent Coronavirus 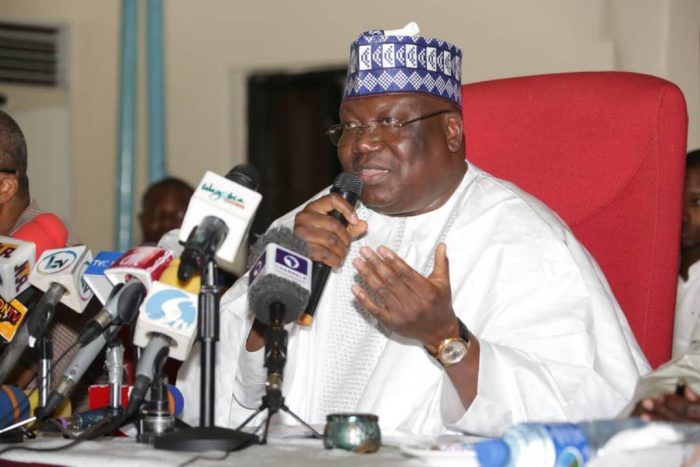 Ahmad Lawan, the President of the Senate, on Thursday, accused the Federal Ministry of Health of not putting serious measures in place to prevent the outbreak of coronavirus in Nigeria.

He, however, asked the Senate Committee on Primary Health Care to liaise with the ministry to intensify screening of passengers at the nation’s airports and seaports.

Lawan stated this following a point of order by the Deputy Senate Leader, Senator Ajayi Boroffice.

Boroffice drew the attention of the Senate to the failure of health personnel at the airports and seaports to screen passengers coming into the country.

The senator said the coronavirus screening at the South African airport usually takes up to 30 minutes before passengers would be allowed to disembark the aircraft.

He said the situation was different on his arrival at the Nigerian airport, when the health officials at the nation’s airports merely issued a form to passengers to indicate if they were sick or not.

He said, “There is no form of any screening of passengers for coronavirus by Nigerian officials at the airport.

“It’s worrisome, situations where travelers coming into the country were not dully screened for the dreaded virus based on his experience at the airport.”

However, in response to the points raised by the senate, the Federal Airport Authority of Nigeria said adequate measures have been put in place to ensure proper screening of passengers arriving in the country.

FAAN stated that no passenger at the international wing of the Port Harcourt International Airport would be allowed to leave without going through the necessary medical checks.

‘’For staff and travellers using the airport, there are sanitizers for washing of hands. There are hand gloves and masks for medical staff who are working there.”

However, the first case of the deadly Coronavirus was confirmed in Lagos, Southwest Nigeria, the State Government confirmed early Friday morning.

It was brought in by an Italian citizen who entered Nigeria on the 25th of February from Milan, Italy for a brief business visit.