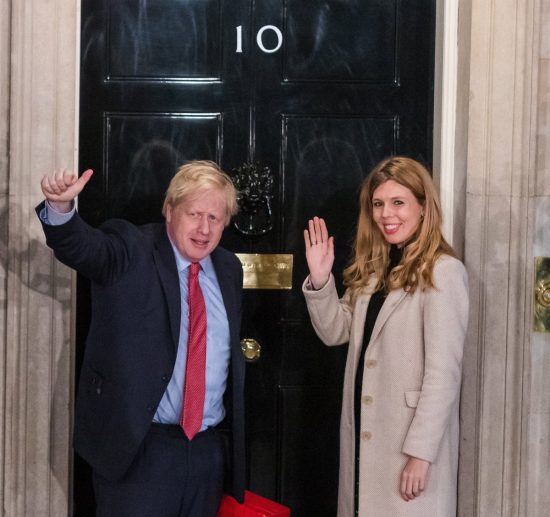 Boris Johnson and Carrie Symonds, engaged to be married and expecting a baby

In addition, both are expecting their first baby together in summer.

According to The Sun, a court recently paved the way to finalise his divorce from estranged wife Marina Wheeler – which would leave him free to marry Carrie.

Carrie, 31, and hubby to be Boris Johnson have confirmed the news.

A spokesperson for the couple said Johnson and Ms Symonds were “very pleased” to make the announcement.

Ms Symonds is the youngest partner of a prime minister in 173 years.

Mr Johnson will be the first prime minister to have a child whilst in office since Tony Blair’s son, Leo, was born in 2000

Johnson is already a father-of-five, having four children with Ms Wheeler and one with Helen MacIntyre.

Johnson and Ms Symonds have been dating for close to two years.