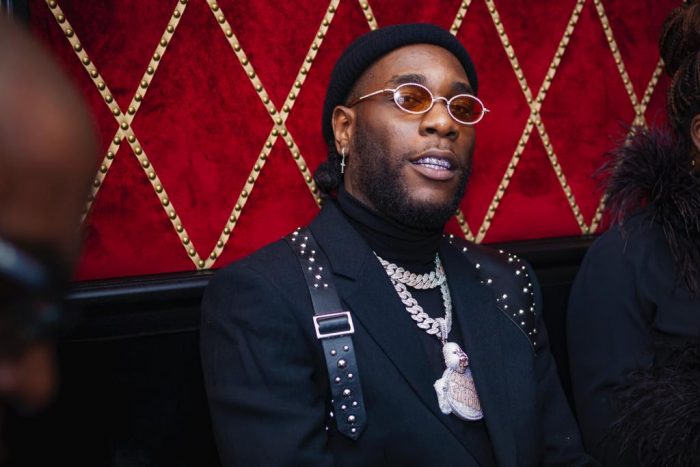 Grammy-nominated Afro-fusion pioneer, Burna Boy releases brand new track titled “Odogwu”, and officially announces his “TWICE AS TALL” U.S. Tour which is set to kick off on Thursday, May 7th, 2020 in Atlanta, GA at the Roxy.

This is coming on the heels of recently receiving a Platinum plaque for taking part in UK rapper, Stormzy’s 2019 single, “Own It”, which also features Ed Sheeran. The single which has made over 600k sales has become the number one song of the new decade.

The “TWICE AS TALL” tour will continue to Los Angeles, New York, and Miami before wrapping in Dallas, TX on Sunday, June 7th at the Southside Ballroom. He’s also set to appear at a string of festivals including Broccoli City Festival on May 9th in Washington, DC and Roots Picnic on May 30th in Philadelphia, PA.

At the 2019 BET Awards, Burna Boy won Best International Artist in addition to receiving an in-depth profile piece with the Wall Street Journal which explores how the Nigerian star is finding success on his own terms in the United States.

He also had an extensive year of live performances, travelling across North America on THE AFRICAN GIANT RETURNS TOUR with sold-out stops in Toronto, New York, and LA through September, spending an additional two months for its European leg from Paris through Leicester, and had two fiery live sets at both weekends of Coachella.

“Odogwu” was officially released on Friday 28th February, 2020 and is available on iTunes, Apple Music, Deezer and Spotify.