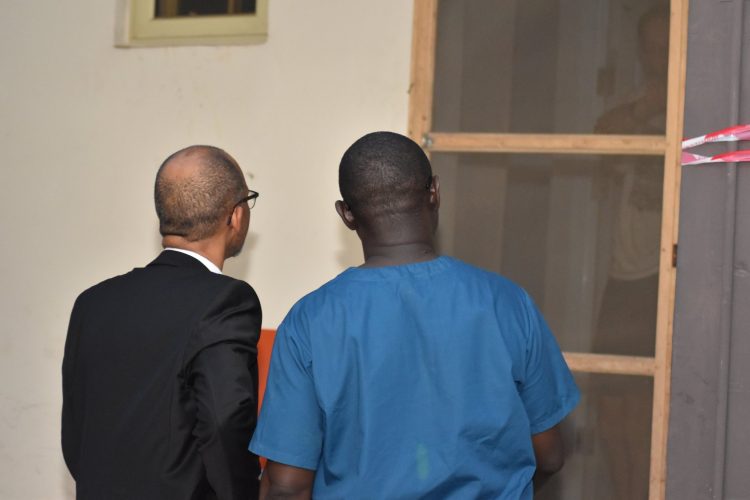 Prof. Abayomi speaking with the Italian

The Lagos State Commissioner for Health, Prof. Akin Abayomi, says the condition of the index case of the COVID-19 patient has further improved, saying he has not developed new symptoms.

Abayomi, also called for a stop to spread of false and unverified information about Coronavirus situation in the state, restating the government’s commitment to protecting citizen’s health.

The commissioner spoke on Saturday while giving an update at a media briefing on the COVID-19 situation at the Mainland Hospital, Yaba, in Lagos.

The state government had on Feb. 28 confirmed its first case of COVID-19 (Coronavirus), making Nigeria the third Africa country to confirm the virus.

The virus was brought into the country by an Italian citizen who entered Nigeria on Feb. 25 from Milan, Italy for a brief business visit.

The index case was confirmed on Feb. 27 and is presently being managed at the Infectious Disease Hospital in Yaba, Lagos.

Abayomi said that the condition of the index case of the COVID-19 patient has further improved, saying the patient was not developing any new symptoms.

According to him, another test will be conducted for him in the next two to three days to ensure there are no more virus particles in his saliva.

The commissioner said that he would be released back into the society very soon, once they ascertain him clinically free of the virus.

Speaking on the number of people that have been quarantined, Abayomi said that he could not give a particular number presently, saying the number keeps increasing.

“The people at the factory in Ogun State, the number of people in the hotel where he stayed, we are contacting those on the airline and deciding whether it is all passengers or the cabin crew members alone.

“It is a step by step decision, that is why I cannot give an exact number at this hour, but after the Emergency Operation Committee meeting, we will know,” he said.

Abayomi said that there was an ongoing refurbishment of the facility to ensure that patients in the facility were comfortable.

According to him, the governor has released funds to ensure that personal protective equipment were stockpiled and provided for the health workers.

He disclosed that adequate supply of personal protective equipment was at the centre, and also provided at the general hospitals and major primary healthcare centres across the state.

Abayomi debunked the news making rounds on Social Media that the Uber driver that brought the patient escaped quarantine or was demanding ransom, stressing that it was fake news.

He added that the patient had also not expressed the desire to leave the facility either to him or to the doctors caring for him, thus warned against spreading of rumours and fake news.

“Citizens must not abuse social media and indulge in spreading misinformation that causes fear and panic,” the commissioner said.

He reassured the citizens that the government was fully prepared and would continue to initiate all measures required to prevent the spread of the outbreak and protect the citizens.