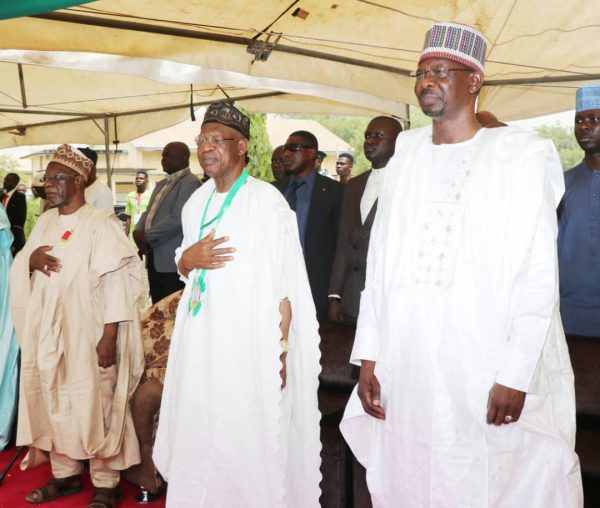 The Minister of Information and Culture, Alhaji Lai Mohammed, has reminisced on his teenage years at Keffi Boys High School, in Nasarawa state, where he was educated along with former President Umaru Yar’Adua and the son of former Prime Minister Tafawa Balewa.

The minister gave the reflection on Saturday in Keffi at the 70th anniversary and Annual General Meeting of the college and the launch of N350 million Umaru Musa Yar’Adua e-library.

The minister, who was among the graduates of 1968 at the college, said the school, during their time was the epitome of the unity of Nigeria as envisaged by the founding fathers.

He said if Nigerians should allow themselves to be guided by the Keffi Model, the current atmosphere of disunity at all levels – religious, ethnic, regional, etc – will disappear, and peace will return to the nation.

“In our time, only the very best from the 13 Provinces in the North
made it to Government College, Keffi. Religion, ethnicity, social status, did not matter.

” Your academic prowess was your ticket to the school.

” They were all treated the same way as the sons of peasants.

“Remember the North is very diversified, with more ethnic groups than any other region.

“You have the Hausa, Fulani, Jukun, Bachama, Tiv, Ogori, even Yoruba – that meant that for the students of Government College, Keffi, of our time, it was a rainbow coalition’ of sorts”.

Mohammed said that during their time, the school had students from all the 13 Provinces while an Igbo boy living in any of the 13 provinces was free to write the entrance examination and gain admission into the school.

“As a student, your best friends were most likely boys from other parts.

“As a Yoruba from Ilorin, my best friend was from Adamawa.

“This broke down the prejudices about other tribes with which some were brought up. Religion was never a source of disunity,” he said.

The minister said though, the Keffi Emirate where the school is situated is Muslim dominated, Christians attended the school without discrimination.

“In fact, one of the most important days for us as students was Ash Wednesday, because
on that day we had fish on the menu.

“Some Christian students also fasted along with those of us who are Muslims during the Ramadan, especially because Muslim students got an extra litre of milk throughout the fasting period, in addition to eating ‘sari’.

Mohammed noted that the school also did not just mould students academically, it also
moulded their character and physical well being.

He said while picking prefects, for example, the school looked beyond academics.

” It was taken for granted that if you got admitted to Keffi, you were brilliant. So character was the top criterion for selecting prefects.

“Of course, sports as a source of physical well-being was also given a high priority.

“Many of us who were not talented in the area of sports pretended to be sportsmen so we can partake in the special meal for sportsmen,” he said.

The minister said that, overall, the College helped to mould “a complete citizen: brilliant,healthy, well behaved, detribalized and religiously-tolerant”

He implored members of the Keffi Old Boys Association to contribute their quota in reviving the Keffi spirit.

“Let us de-emphasize ethnicity, religion and social status and co-exist as Nigerians, of course, with great respect and tolerance for one another.

“If we do that, we would have succeeded in reducing to the barest minimum the areas of friction among our people.

” Today’s atmosphere of ethnic and religious suspicion, disunity, etc, will cease to exist.

Speaking in the same vein, Salim who was also the minister’s classmate said they had a mini Nigeria in the school during their days.

He said tuitions were paid based on the capability of the parents and those that were financially challenged got the assistance of the native authority.

He underscored the need for the current school system to take care of the less privileged.

For his part, Justice Ogebe, who said he will be 80 years in March, said the school had produced many eminent Nigerians.

He said he was appalled by the level of degeneration in the school and appealed to the old students and the state government to revive the institution.

The Emir of Keffi, who is the Grand patron of the association, said the school had produced outstanding individuals who had contributed to the development of the school and Keffi emirate.

He underscored the need for the revival of reading culture in the youths of today.

The high points of the event was the fund raising for the Umaru Yar’Adua e-library and tree planting by the dignitaries in attendance.

The foundation for the e-library project was said to have been laid by the late President Yar’Adua himself in 2009 but the project stopped after his death.

The N350 million project was said to have four components – Hall of Fame, Conference Hall, Computer Centre and the National Secretariat of the school’s old boys association.