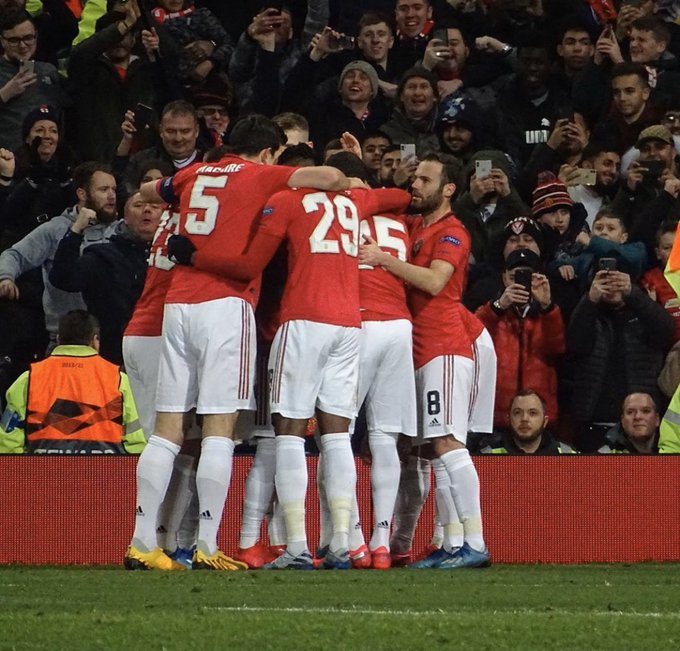 Everton and Manchester United drew 1-1 at Goodison Park in the English Premier League (EPL) on Sunday in an enthralling game which ended in VAR drama.

The Spaniard dawdled on the ball after a backpass from Harry Maguire and his attempted clearance was charged down by Dominic Calvert-Lewin and flew off the Everton striker into the net.

Calvert-Lewin should have doubled the lead shortly afterwards when he broke free of the Manchester United defence, but he shot just wide of De Gea’s right-hand post.

Manchester United responded well to the early setback though, with Nemanja Matic hitting the crossbar with a long-range effort.

He then forced Everton goalkeeper Jordan Pickford into a diving save with another well-struck drive.

It was January signing Bruno Fernandes who put the visitors level with a superb low shot from outside the penalty box in the 31st minute.

Everton’s Icelandic midfielder Gylfi Sigurdsson hit the post with a curling free-kick 12 minutes after the interval but Manchester United went close to a winner in the 90th minute.

Pickford had to produce a brilliant save with his feet to deny substitute Odion Ighalo.

There was VAR drama in stoppage time when Everton thought they had a winner.

Calvert-Lewin’s low shot deflected off Harry Maguire and span past Sigurdsson who was lying on the floor in what the video referee ruled was an offside position.