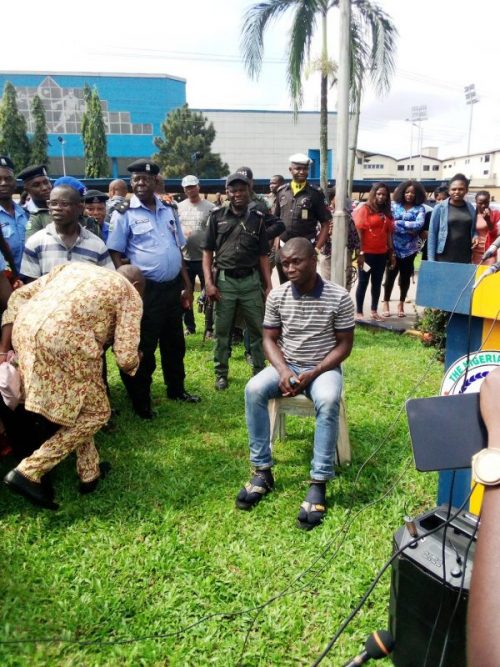 A drama has started playing out in the case of  the alleged Port Harcourt serial killer, Gracious David West, as he told the Port Harcourt High Court that he never took any policeman to identify any of the hotels they claimed he killed some girls in Port Harcourt.

David West while defending himself in Court alleged that some SARS officers took him to some hotels he did not know and has not lodged in all his life.

West insisted in court that he did not need to apologise to anyone because he did not kill anybody in any hotel.

He denied taking away the keys of hotel rooms where he killed some women in Port Harcourt, saying he did not sleep in any of the 8 hotels the police dragged him to.

The accused serial killer, while denying the signatures on the police statements in court tendered what he called his original signature as evidence.

He denied all the allegations against him.

The trail judge, Justice Adolphus Enebeli, after listening to his defence adjourned to March 23, 27, April 2 and 3 this year for continuation of cross examination.

Gracious David-West, who was born in 1980 in Buguma headquarters of Asari-Toru Local government area of Rivers State, is suspected to have killed at least 15 women between July and September 2019.

He was apprehended on 19 September 2019 in Bori in Khana Loca Government Area of Rivers State on his way to Uyo in Akwa-Ibom State.

Police had said he, upon arrest, confessed to having killed a total of 15 women in and outside of Port Harcourt.