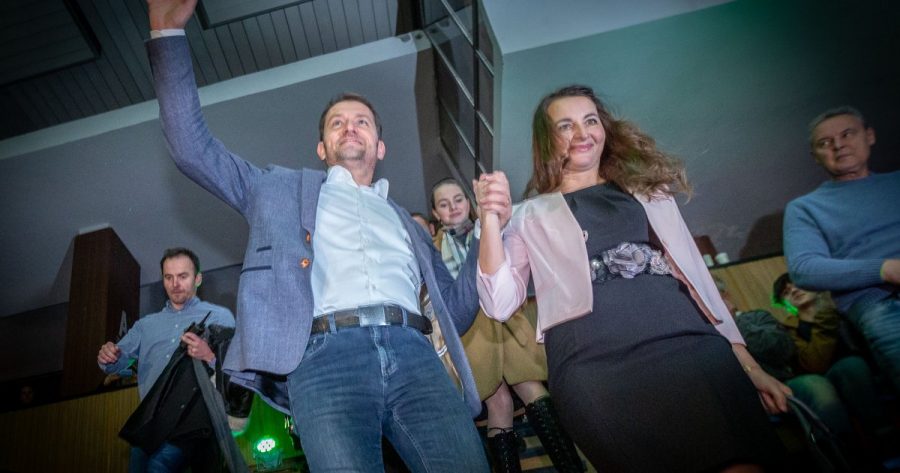 The poll was in line with forecasts that voters in the central European country were poised to oust the ruling centre-left Smer party, which has dominated Slovakia’s political landscape for more than a decade, amid growing anger over high-level graft and the murder of an investigative journalist.

The poll by the Focus agency showed OLANO winning 25.8% of the vote, followed by Smer with 14.9%. It showed OLANO would be best placed to lead negotiations on forming a new center-right government with other opposition conservative and liberal groups.

OLANO leader Igor Matovic has pledged to clean up politics, an ambition encapsulated in his party’s slogan: “Let’s Beat the Mafia Together”.

“I hope that the results will prove to be correct also for other democratic opposition parties, and we will be able to form a good government and Slovakia will be able to breathe hope and the law will apply to all, not just the ones with right numbers in their cell phone,” Matovic said after the exit poll was released.

The political shift in the euro zone member state, which has avoided fights with Brussels unlike its central European Visegrad Groups neighbors Hungary and Poland, started with the 2018 murder of journalist Jan Kuciak and his fiancee.

An investigation unearthed communications between a businessman now on trial for ordering the hit and politicians and judicial officials. Kuciak has denied the charges.

The killing led to the biggest street protests in the post-communist era, forcing Smer leader Robert Fico to resign, though his party’s coalition held on to power.

Matovic, 46, told Reuters last week he wanted to be a conciliatory voice toward the EU within Visegrad. The former owner of regional newspapers and a lawmaker since 2010, Matovic calls himself a social conservative and economic liberal.

In the European Parliament, OLANO is aligned with the center-right European People’s Party.