Agriculture: Nasarawa to collaborate with NYSC 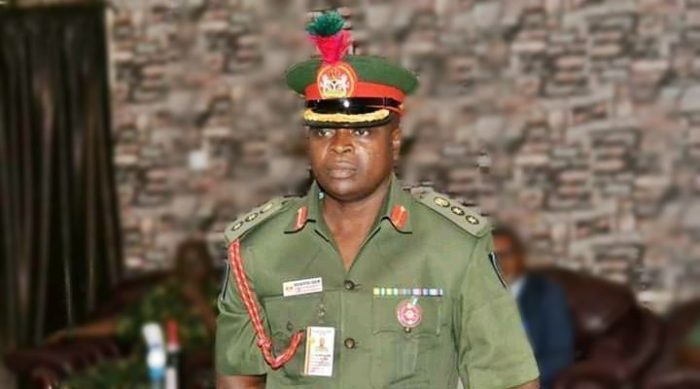 Gov. Abdullahi Sule of Nasarawa has expressed the state’s readiness to collaborate with the National Youths Service Corps (NYSC) in the area of agriculture, toward ensuring food security.

The governor made this known while playing host to the Director-General of the NYSC, Brig. Gen. Shuaibu Ibrahim, while on a “Thank-You” visit to Government House, Lafia, on Monday.

While commending the director-general for defining the NYSC by seeking to turn it into a revenue earner, Sule said the collaboration would see members of the NYSC who studied agriculture-related courses at the university, actively participate in the several agricultural activities across the state.

The governor noted that the collaboration would further buttress the original concept of the scheme, meant to foster unity among Nigerians, especially when such corps members chose to stay permanently in Nasarawa state, instead of going back to their states of origin.

Sule disclosed that at the last National Executive Council (NEC) meeting in Abuja, Nasarawa state was listed among the first three states selected for the pilot project for the National Livestock Transformation Programme (NLTP) explaining that it was further motivation for the state to collaborate with the NYSC, particularly in agriculture.

“For me, I believe if we say something, we should start working on that thing. Not just to talk about it here and it’s gone. I strongly believe that it’s a wonderful idea.

“We can draw a timetable. Coming from where I am from, we don’t just talk, we define. We say, this is the time table, this is what we are going to achieve every week in order to get there.

“If we can do that with you, I can tell you we can start doing something in that order,” he stated.

The governor then directed the NYSC boss to liaise with the Secretary to the Nasarawa State Government (SSG) Aliyu Tijani Ahmed, with a view to actualising the collaboration.

Earlier, the. NYSC D-G, Shuaibu Ibrahim, said that he and his management, were at the government house to say thank-you to the government and people of the state for hosting the 2020 NYSC promotion exercise.

The D-G used the opportunity of the visit to update the governor on activities of the scheme, stressing that the NYSC was being redefined, to become a revenue earner, especially with the recent increment in the allowance of corps members.

“We discovered that the budget of the government is becoming huge and it becomes necessary that we also think outside the box, to see how we can generate revenue and take some of this overheads away from government,” the NYSC boss said.

The NYSC DG, therefore, appealed to the governor to give the scheme a portion of land to cultivate rice in the state, just like its ongoing rice farms in Kebbi, Saminaka and Abuja.

“We have also rejigged our ventures, we now have NYSC water, bakery.

“If you go to Kubwa and some parts of Abuja, these are on sale. We also rejigged our agriculture. We also have a big farm in Kebbi and Saminaka where we farm rice, as well as cereals in Abuja,” he explained.