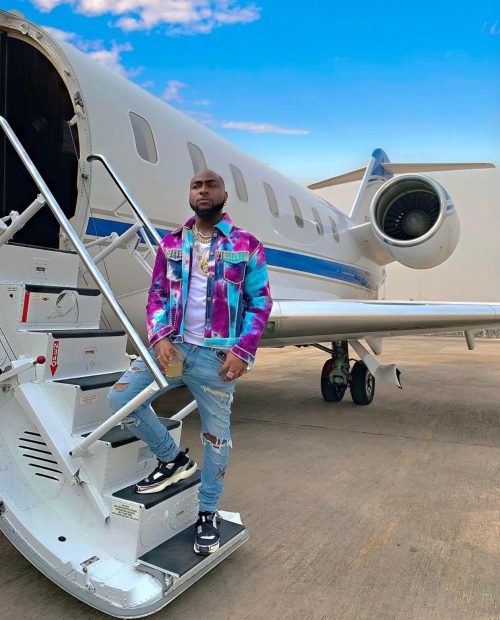 Davido with his Daddy's old jet

Nigerian singer, Davido, now on a tour of US and Canada, has left his fans puzzled over the ownership of a 19 seater private jet that he announced its arrival on Saturday..

Is it his own or his dad’s, billionaire Adedeji Adeleke’s, who had bought a jet two years ago and about whom there were reports in January that he was buying a new Gulfstream G650.

In a 29 February tweet, Davido announced the arrival of the unidentified jet. He didn’t say whether it was the same expected Gulfstream for his dad.

But the following day, he posted a photo of the plane’s cockpit with his dad sitting on the pilot’s seat. He wrote: “Congrats Daddy on your (our) new baby”.

He made the ownership collective, a family affair.

Two weeks earlier, he wrote on Instagram that he needed a new plane.

And pronto, a new one has landed. Now who owns it? Daddy Adedeji Adeleke or his son Davido?