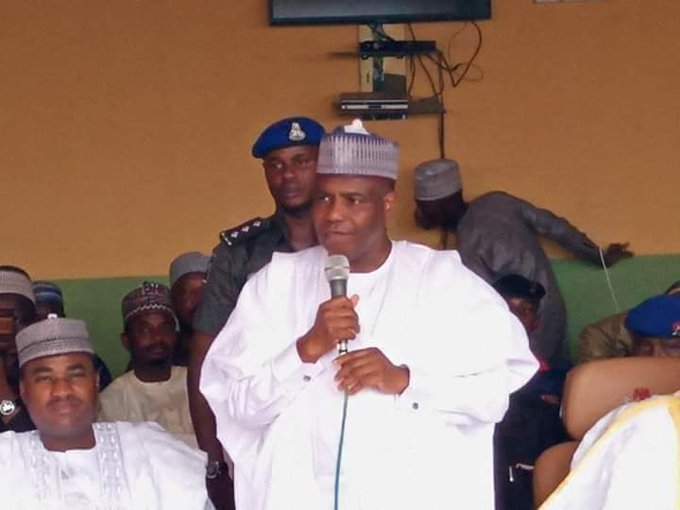 Governor Aminu Tambuwal of Sokoto said he is considering the adoption of the Indonesian Islamic education model known as Pondok Pesantren Madrasah, to replace the existing Almajiri system.

He said this on Sunday when he received the Indonesian Ambassador to Nigeria, AVM Usra Hendra Harahap, who paid him a courtesy visit in Sokoto.

He however said that the government is not in a hurry to ban the Almajiri system of education without providing an alternative.

He said that the state would consult with the Sultan of Sokoto and other stakeholders to buy into the idea.

“The state government is not in a hurry to ban the Almajiri system as some states had done without providing an alternative,” Tambuwal said.

The governor expressed confidence that the Pondok model once adopted “can serve as an alternative to the Almajiri system.

“We are intensifying efforts to ensure that the Pondok model system is adopted before banning the Almajiri system.

“This is because we are desirous of ensuring that Sokoto children are exposed to both Western and Islamic education.”

While expressing gratitude to the Indonesian government for taking interest in Sokoto, Tambuwal assured the Ambassador that his visit will deepen Indonesia’s relationship with the state and Nigeria.

He said that the state was already pursuing further ties with Indonesia in the areas of healthcare, economy, Islamic models of business and economic enterprises.

Tambuwal applauded the Indonesian government for agreeing to send experts to share knowledge with the state on economic inclusion derivatives.

Amb. Harahap, said the visit “is to increase the bilateral relations and cooperation between Indonesia and Nigeria, especially in Sokoto state in the areas of education and agriculture, including animal husbandry.”

He said Indonesia will “be glad to share its best practices and most advanced scientific knowledge with the state to boost animal production.”