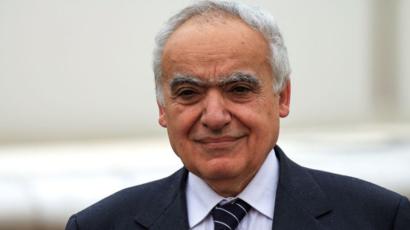 Spokesman of the UN Chief, Mr Stéphane Dujarric, confirmed the development to UN correspondents in New York on Monday after Salame announced the resignation in a tweet.

“My health no longer allows this pace of stress. So, I asked the Secretary-General to relieve me of my mission hoping for peace and stability in Libya,’’ he wrote.

Dujarric said the Secretary-General Antonio Guterres had received Salame’s resignation letter and would meet with him later to discuss a smooth transition.

Salame, who doubled as Head of the UN Support Mission in Libya, had been an active player in efforts to restore peace to the North African country.

Dujarric said his exit would not constitute a setback to peace efforts in the country, adding that the focus now was to ensure a smooth transition to his successor.

Libya has been plagued by violence since the 2011 Arab spring and subsequent NATO-backed intervention that toppled the 40-year rule of the country’s former strongman Muammar al-Gaddafi.

Gaddafi’s ouster and subsequent death triggered an internecine war in 2014 that pitted eastern and western factions against one another in the country.

On April 3, 2019, the Libyan National Army (LNA) commanded by Field Marshal Khalifa Haftar launched an offensive to capture the capital, Tripoli, from the UN-backed Government of National Accord (GNA).

Since then, the conflict has attracted international powers, who Salame accused of using Libya as a testing ground for their newly developed military technologies.

In January world leaders met in Berlin, Germany, at a high-level summit to discuss ways to end the Libyan conflict.

At the talks in Germany, Salame led efforts to broker a lasting ceasefire in the Libyan capital Tripoli and check foreign interference in the country.

However, the talks failed to achieve Salame’s goal of a lasting truce in Tripoli, and his successor is expected to face huge challenges in this direction.

There have been several UN resolutions and arms embargoes on Libya, but they remain violated even by members of the UN Security Council themselves.