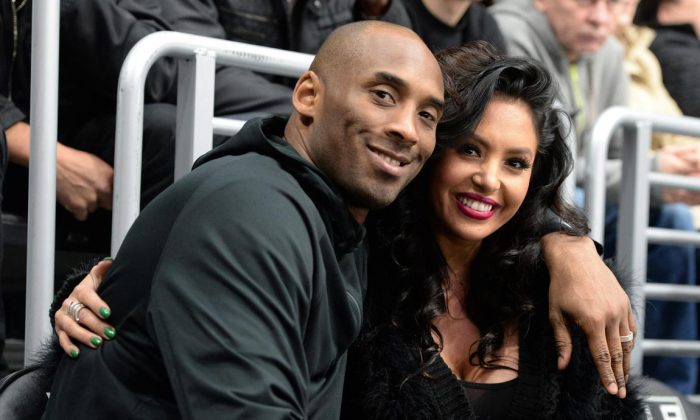 Vanessa Bryant, the widow of Kobe Bryant, has reacted to the report that cops who responded at the scene of the helicopter crash that killed her husband and daughter took graphic photos and shared it.

According to the allegations, the LA sheriff deputies took graphic photos, including photos of the dead bodies, and shared them. One of the cops is alleged to have gone to a bar in Norfolk, California, where he showed it to a woman while trying to impress her

The Los Angeles Sheriff’s department said in a statement Friday that it was investigating the allegations. It was also reported that the Sheriff department quietly ordered deputies to delete any graphic photos of the helicopter crash scene following the allegations that they were sharing the photos among themselves.

Kobe’s wife, Vanessa has now reacted to it by sharing a statement drafted by her lawyer, Gary Robb.

“Mrs. Bryant personally went to the Sheriff’s office on January 26th and requested that the area be designated a no-fly zone and protected from photographers. This was of critical importance to her as she desired to protect the dignity of all the victims, and their families. At that time, Sheriff Alex Villanueva assured us all measures would be put in place to protect the families’ privacy, and it is our understanding that he has worked hard to honor those requests.

“First responders should be trustworthy. It is inexcusable and deplorable that some deputies from the Lost Hills Sheriff’s substation, other surrounding substations and LACOFD would allegedly breach their duty. This is an unspeakable violation of human decency, respect, and of the privacy rights of the victims and their families. We are demanding that those responsible for these alleged actions face the harshest possible discipline, and that their identities be brought to light, to ensure that the photos are not further disseminated. We are requesting an Internal Affairs investigation of these alleged incidents.

“Mrs. Bryant is grateful to the individual who filed an online complaint exposing these acts of injustice, and for the choice to protect human dignity.

“We ask that anyone else who has information as to the facts underlying these alleged grievous and shameful incidents contact our office.” 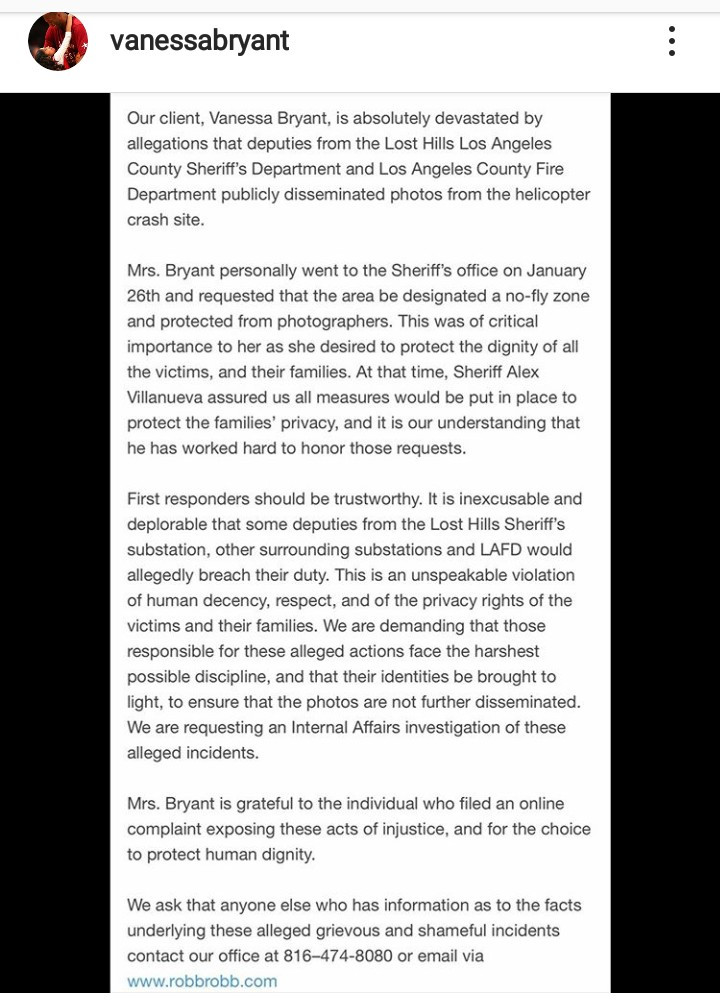