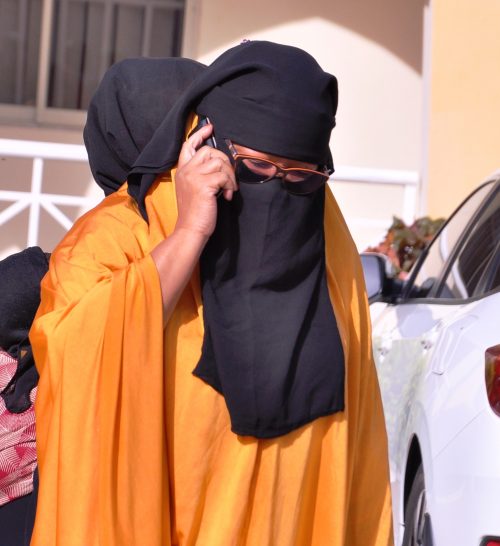 Federal High Court in Maiduguri on Tuesday admitted Aisha Wakil, popularly called ‘Mama Boko Haram’ and three others to bail in the sum of N1.3 million each, News Agency of Nigeria (NAN) reported.

Wakil was arraigned before the court on Feb. 25, alongside three other accused persons, Tahiru Daura, Lawal Shoyade and Adamu Sani, by the Economic and Financial Crimes Commission (EFCC), on two counts of conspiracy and obtaining N42 million by false pretenses.

Dagat ordered that one of the sureties must be a substantive director with Borno State Civil Service and a relative of the accused persons.

The court also ordered that one of the sureties must own a fully developed landed property in Maiduguri and must deposit the tittle documents with the registrar of the court for verification and custody.

Justice Dagat adjourned the case until May 5 for trial.

The Defence Counsel, Jubril Gunda and Z.M.Umar had on Feb. 27, prayed the court to admit Wakil and the three accused persons to bail on grounds of failing health.