Don't use my administration to be ethnic superstars, Wike warns commissioners 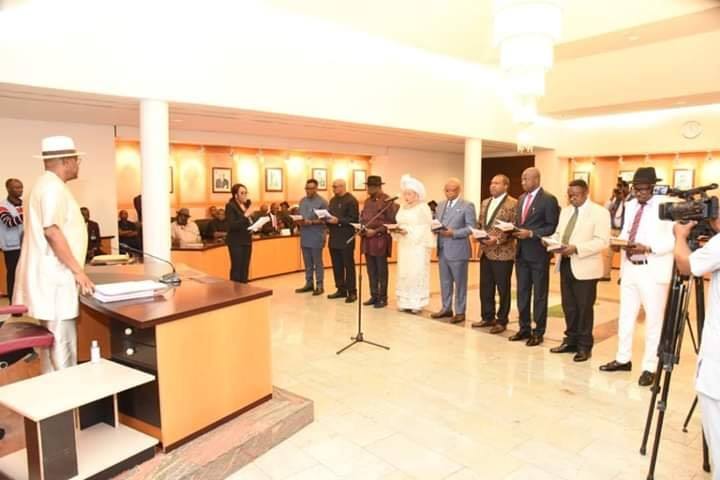 Rivers State Governor, Nyesom Wike has warned newly sworn-in commissioners to shun ethnic jingoism, saying that they were appointed to serve Rivers State and not their respective ethnic nationalities.

Performing the swearing-in of nine new Commissioners at the Government House Port Harcourt on Wednesday, Wike advised Commissioners who are interested in playing ethnic politics to tender their resignation.

He said: “Your appointment was not on the premise of ethnicity. If you play the ethnic card, please resign.

“Don’t use my administration to be an ethnic superstar. You are appointed to serve Rivers people, not a particular ethnic group.”

Wike said that the appointment as commissioner is not a compensation for electoral contributions, but a call to diligently serve Rivers State.

“It is regrettable that some people see appointment as patronage or compensation for electoral contributions. That is not true.

“You are appointed to serve the state. Those of you who are returning are no longer learning the processes. You know what I expect,” he said.

He said the membership of the Rivers State Executive Council is basically to enhance the development of the state.

Wike said that his administration remains committed to work as if this is his first term.

He said: “Work with us to achieve. This is my second term and we are working as if it is our first term, because of my love for Rivers State.

“There are other governors that are no longer executing projects, because they are in their second term. They are politicking, while we are focused on the development of Rivers State.

“We are working because Rivers people gave us the mandate to work.”

Wike urged the new Commissioners to reach out to their people and stop the lies against the administration.