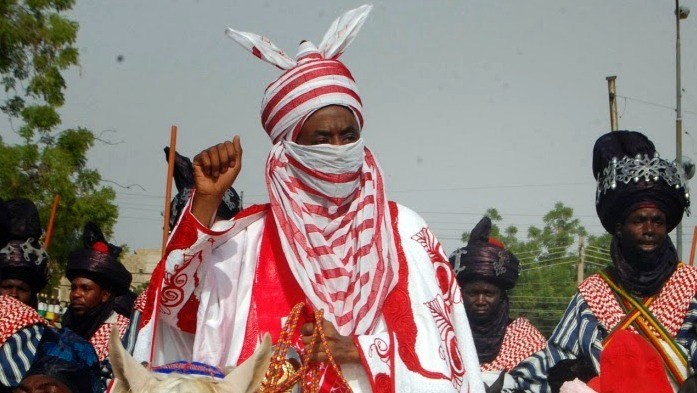 The Kano State House of Assembly on Wednesday received two petitions sent to the House by a civil society organisation and an individual seeking for the investigation of the Emir of Kano, Muhammad Sanusi II.

The petitions were read by the Chairman of the House Committee on Local Government and Chieftaincy Affairs, and member representing Sumaila Constituency, Hamza Massu.

Massu explained that one of the petitions was signed by the Chairman of Society for the Promotion of Education and Culture, Mohammed Bello, while the other was signed by Mohammed Mukhtar Ja’in Yamma.

According to the petitions, as presented before the legislators, the Emir should be investigated over his nonchalant attitudes which they alleged were against the religion, culture and traditions of Kano people.

He added that “Apart from the written petitions, the petitioners have also presented some videotapes which they said the contents will serve as a proof of their petitions.

“The petitioners want the assembly to investigate the Emir and take necessary actions on the issue.”

Following the presentation of the petitions, the legislators deliberated and ordered the standing committee of the House on complaints and petitions to commence action.

The Committee, which the Deputy Speaker of the House, Engr. Hamisu Chidari was co-opted to lead the investigation, was given one week within which to present its report to the House.

Also, the Majority leader, Kabiru Hasaan and the Chief Whip of the assembly, Labaran Ayuba were added as supporting members of the committee.

Shortly after the committee was ordered to commence the investigation, a member representing Dala Constituency, Lawal Hussain (PDP), suggested that the content of the petition should be read in public.

However, the Speaker briefly explained to him that according to section 3, subsection (b) of the House Rule, there was no need for further explanation of such petition in public.

“We have given our committee the go-ahead to go through the petitions, look into the issues and report back to the House for further deliberations on the issue,” he said.