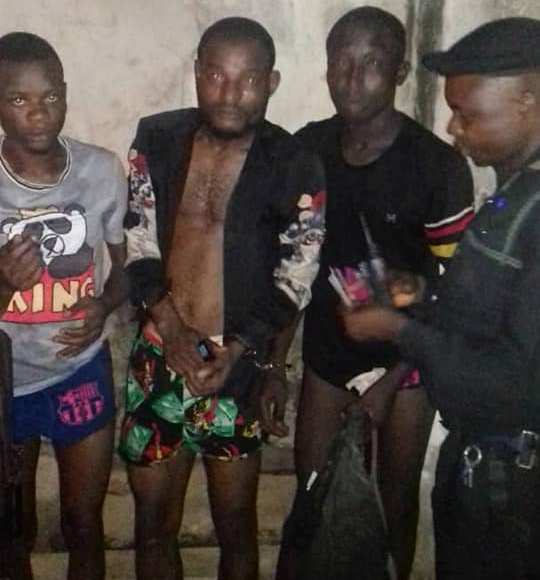 The Police officers on patrol of Iyana-Ipaja onThursday arrested the suspected robbers who snatched N5000 from one Opeyemi Oni at Stanbic Bank by Baruwa Gate, Ipaja, Lagos.

A search on the suspects led to the recovery of three ATM Cards of different names and banks.

All the suspects have been handed over to Gowon Estate Division, the RRS said on its Facebook page.