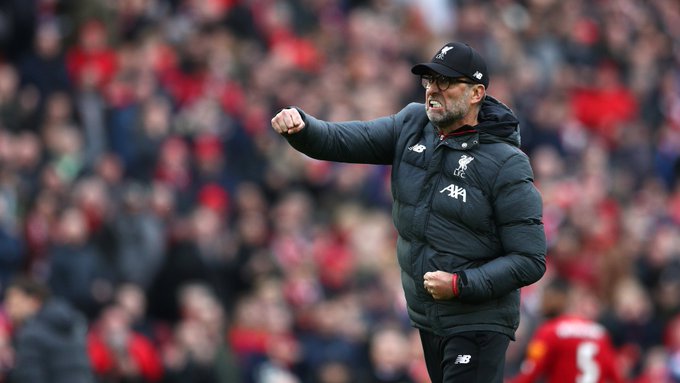 Liverpool recovered from a goal down to beat Bournemouth 2-1 at Anfield and move 25 points clear at the Premier League summit on Saturday.

A contentious ninth-minute opener from Callum Wilson gave the Cherries an advantage with Liverpool fans afraid the losing streak could continue following successive defeats to Watford and Chelsea.

However, the two African giants in the Liverpool squad came to rescue.

Mohamed Salah marked his 100th league appearance for the Reds with the equaliser and Sadio Mane’s clinical finish later put them in front.

Jürgen Klopp’s side dominated the second half, too – but did require a pivotal James Milner clearance off the line – and did enough to post an all-time record 22nd consecutive home win in the English top flight.

Adrian continued between the posts due to Alisson Becker’s muscle injury, while Milner was deployed at left-back and Alex Oxlade-Chamberlain started in midfield.

Andy Robertson was omitted from the matchday squad as a precaution.