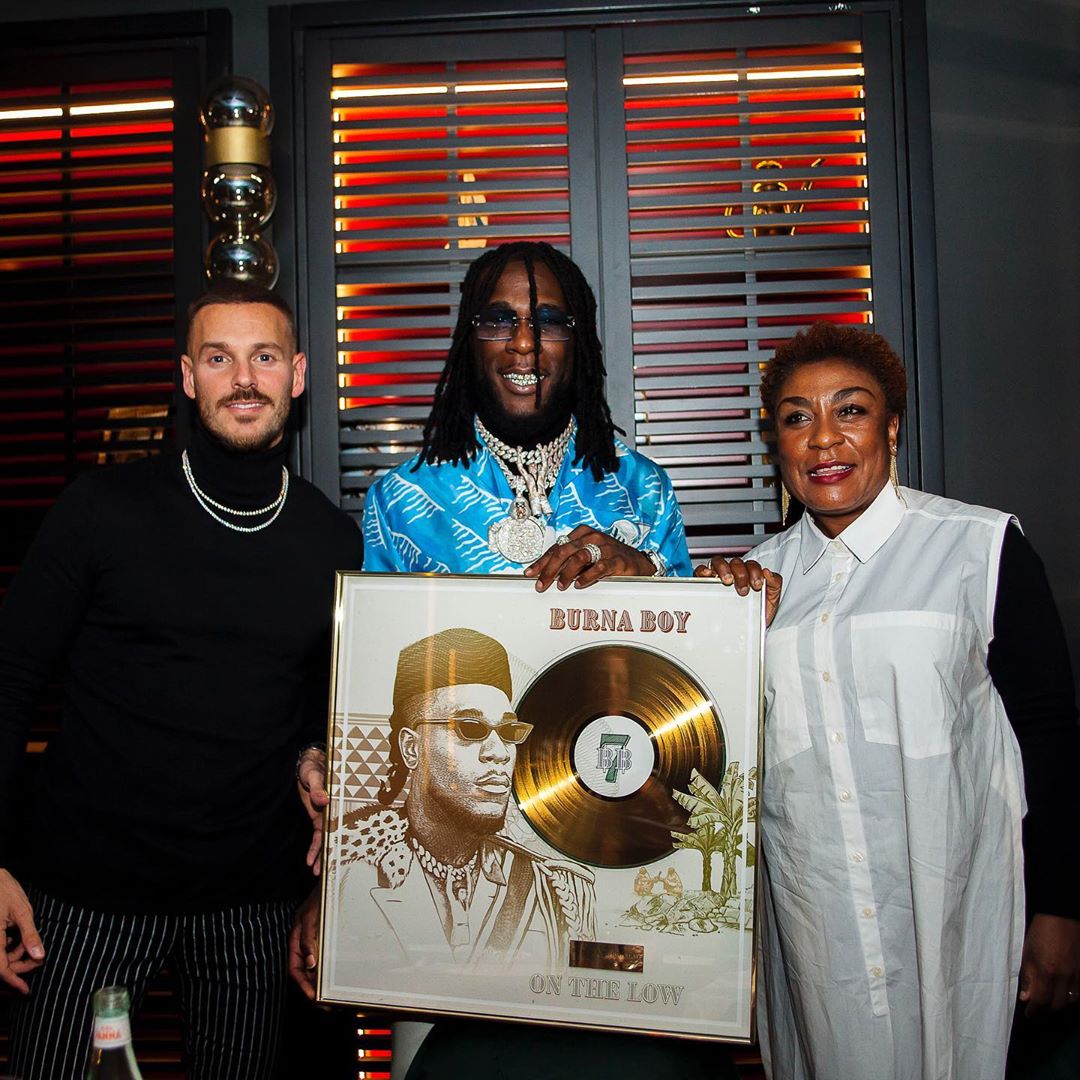 The Gold plaque was given to him for garnering 15 million streams in France via his 2019 hit single titled ‘On The Low’.

According to Burna Boy, the song went Gold in France without any promotion by his team.

He said: “On the low” went Gold in France without any radio push or promo. Love every single one of you that streamed it over 15m times.”

In another post via his verified Instagram page, Burna Boy also thanked everyone for his new achievement, he wrote: “Thankful.”

In a post shared on his Instagram page, Burna thanked his amazing French fans who pulled up for him.

The Marseille tour came two days after he released his first official single, “Odogwu” this year, 2020.