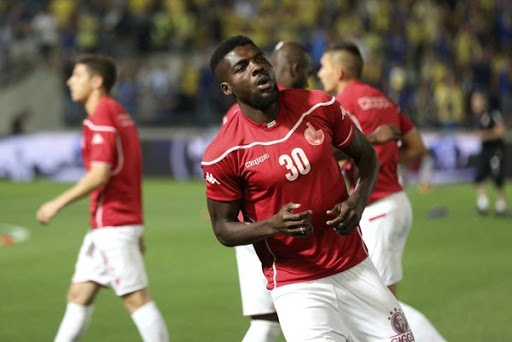 Super Eagles player John Ogu has paid a sum of N350,000 as a treatment fee for a Nigerian female basketball player Deborah Onah who is down with Tuberculosis of the Spine.

The player made the pledge after Deborah’s Abuja based basketball academy, Titans Basket, took to their Twitter handle on Friday to announce that Deborah needed the money to help with treatment of the disease at the National Hospital, Abuja.

”One of our players, DEBORAH ONAH is down with Tuberculosis of the Spine. We solicit financial support as she undergoes treatment, at National Hospital Abuja. The goal is 350,000 Naira for cardiovascular surgery. No amount is too small.”

Ogu, now based in Saudi Arabia, saw the tweet and said that he’ll be paying the full sum to the account number displayed by the Titans Basket academy.

The basketball academy on Sunday morning confirmed receiving the donation and thanked everyone for their donations.

The academy also revealed it received more than the estimated amount and will be taking her to an Indian Specialist hospital in Karu, Abuja.

🇳🇬 🦅 Super Eagles midfielder @ogujohnugo has paid the N350,000 needed to complete the cardiovascular surgery of @titansbasket player DEBORAH ONAH who is currently suffering from tuberculosis of the spine 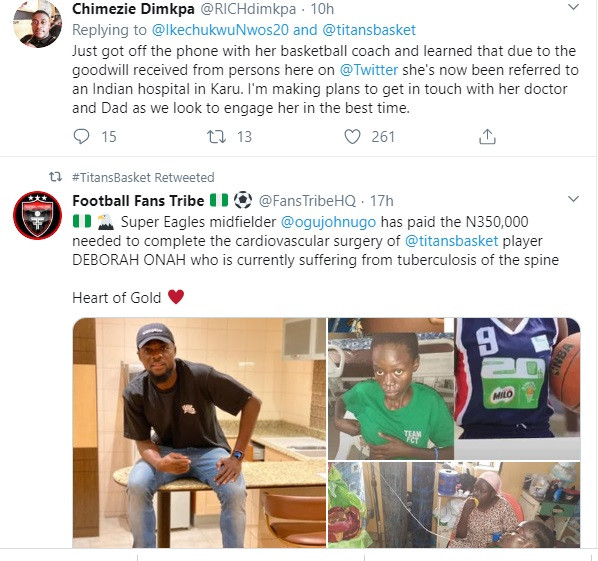