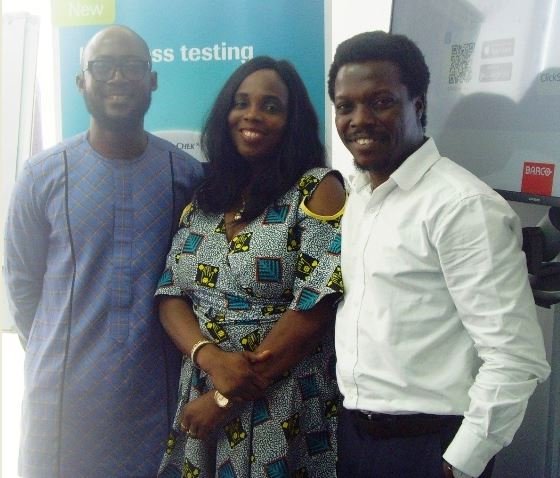 The Roche Diabetes Care says no less than 70 per cent of Nigerians living with diabetes remain undiagnosed due majorly to financial constraints.

The Marketing Manager of Roche Diabetes Care, Mr Adeniyi Adeola, said this while addressing newsmen in Lagos on Tuesday on the current situation of diabetes’ management in Nigeria.

He also said that only a few of those diagnosed who were under management had achieved the control of their blood glucose.

Adeola also advised patients to always be fully involved through self-monitoring to prevent some of the increasing complications and deaths being recorded from the condition in the country.

He, however, said that many people living with diabetes were not achieving and maintaining recommended target glucose level due to the patients’ individual ignorance and those of the caregivers.

“People living with diabetes in Nigeria are faced with peculiar problems which make the management of the condition and expected blood sugar control (referred to as glycemic control in medical parlance) rather difficult.

“For instance, financial constraints have been recognised as a major factor in the management of diabetes.

“This is because the nation’s Health Insurance Scheme does not currently cater for a majority of patients and they have to pay out-of-pocket for their blood glucose test strips.

“In addition, many diabetic patients do not adhere to their therapy while some will not accept that they have to live with the condition for the rest of their lives until they develop complications.

“For others, they find daily insulin injections and pricking their fingers for self-monitoring too painful and will, therefore, not comply.’’

Adeola said that the good news to diabetic patients is that “Roche has solved the problem of painful needle pricking through the Clix Motion Technology adopted in their lancets.’’

He also noted that caregivers in the country, sometimes, were fond of developing “therapeutic inertia” in diabetes management.

According to him, because of their heavy schedule, doctors rarely spend enough time with patients.

“This affects those living with diabetes most as they are denied the opportunities to review with their healthcare providers enough information that will help them achieve glycemic control.

“The communication gap between caregivers and patients is also responsible for poor personalised diabetes management in the country as only a few patients practise self-monitoring, an essential part of the management.”

He added that Roche’s Decision Support tools that included the Accu-Chek paper tool 360 View and the Accu-Chek SmartPix Software, had helped to provide better engagement between caregivers and their patients.

“It allows for quick therapeutic decisions on the part of the caregivers, and optimisation of therapy.”

He, however, said that the company was worried about the current poor glycemic control by Nigerians living with diabetes.

Adeola said that Roche Diabetes Care would continue to support both patients and caregivers to change the situation.

He said that the company at present was the country’s leading supplier of the Accu-Chek Active, which is a blood glucose monitoring device.

He said that the company would also launch the latest brand, the Accu-Check Instant System, later in the month.

“Our vision is that by 2025, we will help people with diabetes everywhere in the world think less about their daily diabetes routine so they can get true relief, day and night,” he said.

In another presentation; the Regional Sales Manager of the company, Mubarak Gyedu, said that the current diabetes management should focus on personalised care.

He said that this should include structured education, self-monitoring of blood glucose, decision support, data evaluation, and therapy and data assessment.

Gyedu also advised that for the caregiver to achieve personalised diabetes’ management, they should start the process with a very accurate glucometer.