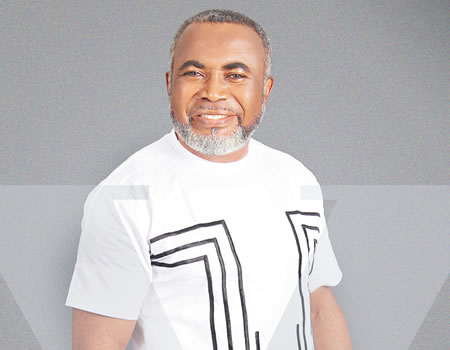 The graduate of Estate Management from the University of Nigeria, Nsukka grew up in Cameroon, Benin and Togo where he had his primary and secondary education. Zack speaks both English and French fluently and is the eldest in a family of seven children comprising of five girls and two boys.

He is an indigene Amata Mgbowo in Awgu local government area Enugu state and before his big break into Nollywood, had started acting from a tender age. As a young boy, Zack participated in several drama clubs activities while also being featured in several stage plays.

Zack began his acting career in 1991 when he was featured in his first movie, “Unforgiven Sin”, but became a choice actor when he was starred in the 1994 blockbuster movie, “Glamour Girls”. This movie shot him to fame, gave him recognition and earned him a fortune in the industry. Since then, Orji has starred in different movies and is now a widely known Nollywood legend.

Zack Orji has starred in over 250 Nollywood movies some of which include Above Death, Unforgiven Sins, Glamour Girls, Games Women Play, Zonal Leader, All My Life, Head Gone, Three Wise Men, Benson’s Villa, Half of a Yellow Sun, Bridge of No Return, Mama Africa, Heritage, The Bridge, Women’s cot, Payday and several others.

He is a philanthropist who owns a charity organisation set up to help people living with disabilities and the less privileged.

As a pioneer in the Nigerian movie industry, Zack has contributed immensely to the growth and development of the industry. In 2011, he was conferred by the Federal Government of Nigeria the Member of the Order of the Federal Republic (MFR).

Zack was a former president of the Actors Guild of Nigeria (AGN) and is very active on social media with over 500,000 followers on his Instagram page.

He is married to Ngozi Orji and blessed with three children. Like his father, Lionel Chukwuemeka Orji, one of his sons, a fast-rising musician, has chosen the entertainment space.

Zack Orji is also into other businesses apart from acting, some of which include real estate and entrepreneurship.

He is currently one of the richest and most influential actors in Nigeria with an estimated net worth of $3 million as at 2019.