Trump in coronavirus danger; Brazil official who met him positive 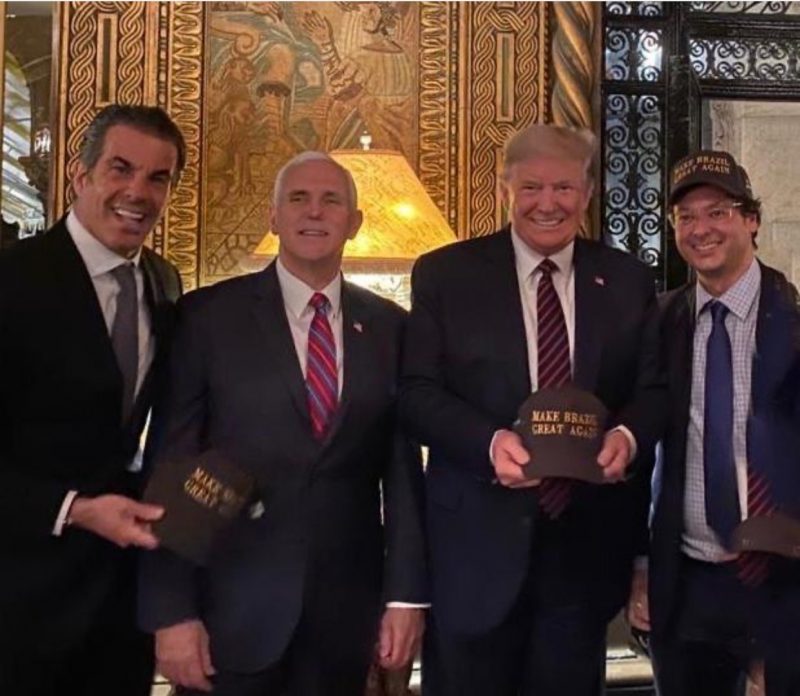 US President Donald Trump is surely in some coronavirus danger, but he has shrugged it off as not being of concern to him.

The new fears that the US first citizen may be endangered in contracting the bug, arose after a Brazilian government official who attended an official meeting at Donald Trump’s resort in Florida on Saturday tested positive for coronavirus.

The official even posted a photo of himself standing next to the U.S. president, the Estado de S.Paulo newspaper said on Thursday.

Brazilian President Jair Bolsonaro’s communications secretary, Fabio Wajngarten, is awaiting the results of a second confirmation test, according to the report.

In the photo posted on his Instagram account, Wajngarten is standing next to Trump wearing a “Make Brazil great again” cap. Vice President Mike Pence was next to Trump.

In a reaction today, Trump said he was not concerned about being exposed to the coronavirus.

“Let’s put it this way: I’m not concerned,” Trump told reporters while meeting with Irish Prime Minister Leo Varadkar in the Oval Office.

He said he had heard about the aide’s exposure but that “we did nothing very unusual.”

Trump also said he and Varadkar opted not to shake hands when the Irish leader arrived at the White House for the traditional St. Patrick’s Day meeting.