El-Rufai on his way to Muhammadu Sanusi in Awe - P.M. News

El-Rufai on his way to Muhammadu Sanusi in Awe 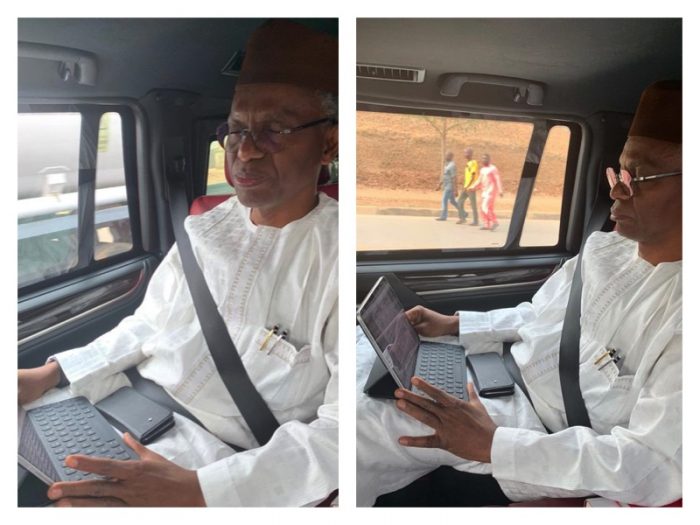 Governor Nasir El-Rufai has announced his much expected visit to Emir Muhammadu Sanusi II, in Awe, where the emir is being detained by the police and DSS, following his removal on Monday by Governor Abdullahi Ganduje.

There were fake reports on Thursday that Rufai was in Awe. But only the Emir of Lafia, Alhaji Sidi Bage and Governor Abdullahi Sule of Nasarawa paid homage to the incarcerated emir.

El-Rufai said on Friday that he is on his way via an announcement on his Governor Kaduna Twitter handle. The tweet was accompanied by two photos of the governor sitting in his vehicle as he is being driven to Awe