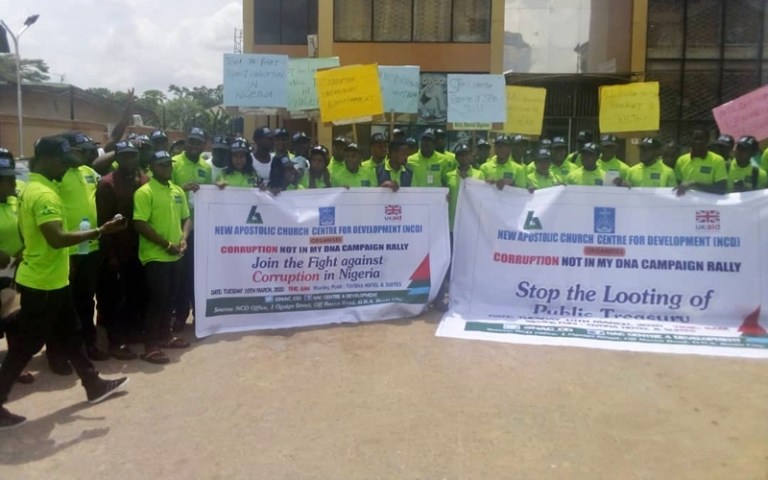 A lecturer in the department of Political Science at the Ambrose Alli University, Ekpoma, Edo State, Dr. Pedro Akor, has said that corruption slowed down development, as it has negativity affected the implementation of the Sustainable Development Goals (SDGs).

Akor stated this in Benin, Edo State, while delivering a lecture titled, “How corruption undermines sustainable development goals and the need to combat it”, at the launching of anti-corruption campaign tagged, “Corruption Not in my DNA,” organised by the New Apostolic Church Development Centre (NDC), a faith-based organization.

According to him, corruption affects critical sectors of the society, wastes taxes and other public funds earmarked for the provision of social amenities and community projects, slows down every sector of the social, political and economic life of the people.

“Corruption is diverse in its form and embedded in health systems world-wide. In the health sector, for example, corruption directly impedes progress towards universal health coverage, inhibiting people’s access to quality health services and safe and effective medicines, and undermining systems for financial risks protection.

Earlier in his welcome speech, a member of the advisory board of the New Apostolic Church Development Centre (NDC), Victor Oriakhi, called for multi-approach strategies on the war against corruption.

He urged participants at the workshop to create awareness to resist the will to participate in corrupt practices.

“You will agree with me that corruption cuts across all the social economic and political strata of our society and as a hydra-headed problem, it needs multi-approach strategies to deal with it.

“Our aim is to use today’s rally as one of the capacity-building approaches in eradicating and discouraging corrupt practices,” he said.

Oriakhi announced NCD’s partnership with the Africa Network for Environment and Economic Justice (ANEEJ), in her monitoring of recovered assets through transparency and accountability (MANTRA) project, with support from the Department of International Development on its Anti-Corruption in Nigeria (ACORN) program.

He, however, commended the anti-corruption fight of the Federal Government, assuring that the purpose of the NCD’s intervention is to promote positive social, economic and political change.

In his goodwill message, the Deputy Director of ANEEJ, Leo Atakpu, said as a faith-based organization, NCD’s intervention in anti-corruption fight will make impact for the fact that it would always have a ready audience at every given time.

A sensitisation rally was later held round major streets in Benin City where pamphlets with anti-corruption messages were distributed to members of the public.