What Wike plans over illegal refineries in Rivers 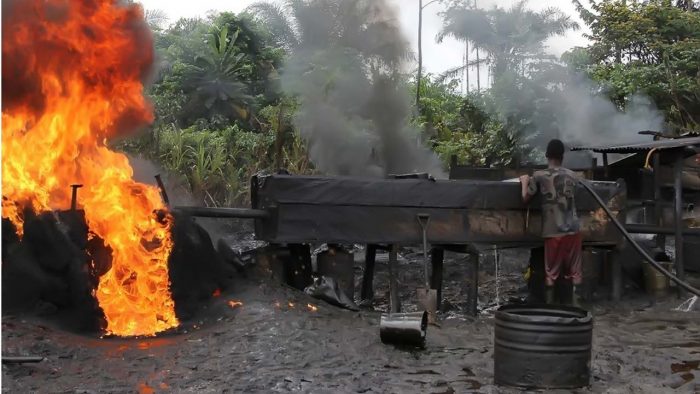 The Wike administration in Rivers is planning to reorganize over 2,000 illegal operators of the local artisanal refineries in the state.

This, it said, was necessary to create an enabling environment for them to operate government licensed modular refineries in order to curb the ongoing emission of poisonous soot in the state.

The State Deputy Governor Mrs. Ipalibo Harry Banigo gave the assurance in an interactive session with the Chairmen of Community Development Committees, CDCs, in 23 local government areas of the state at Delta Hotels in Port Harcourt on Friday.

She said aim of the interaction was to send the right message that government was working out ways of making the operators come together and form cooperative societies to form clusters of modular refineries licenced by government.

Government functionaries at the parley warned that from the findings carried out by experts it was discovered that some of the chemical components in the soot coming out of the various local refineries were harmful to human health, adding that a lot of people were already developing cancers and asthma in the areas.