Why I offered appointments to Sanusi - El-Rufai 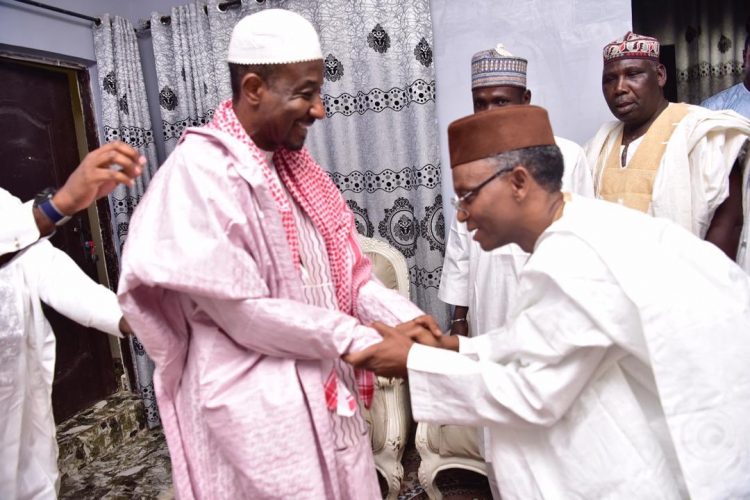 El-Rufai with Sanusi in Awe

Gov. Nasir El-Rufai of Kaduna State has explained the rationale behind the appointments offered the deposed Emir of Kano, Muhammadu Sanusi II, by his administration.

The Kaduna State Government had appointed Sanusi as the Vice Chairman of the state’s Investment Board as well as Chancellor of the State University, barely 72 hours after his dethronement as Emir of Kano.

El-Rufai, while fielding questions from newsmen on Friday in Awe, Nasarawa State, when he came to visit the deposed monarch, said the Emir is a global asset that could turn around the economic fortunes of Kaduna state.

The governor said the former first-class traditional ruler had been his confidant since their teens and that his visit to Awe was to encourage Sanusi in his moments of travail.

According to El-Rufai, Sanusi is a global citizen with a network of contacts around the world that can bring a lot of investment to Kaduna state.

“In his position as Emir of Kano, I couldn’t have offered him the appointment because I believe he should be attracting investments to Kano state. But once he became available, I ceased the opportunity to bring that value to Kaduna state,” the governor explained.

On Sanusi’s appointment as the Chancellor of the state university, El-Rufai said it was to compensate for what he would have lost following his dethronement.

He noted the tradition in the country, where first-class traditional rulers were always made Chancellors of universities, saying the appointment is to ensure he doesn’t feel any sense of loss.

The governor said: “I believe he (Sanusi) will add a lot of value to the growth of our university, which will be a multi-campus varsity with a presence in seven out of the 23 local government areas of the state.

“We believe he can help a lot in implementing that road map,” he said.

The governor, who left Awe with the deposed Emir following the court order for his release, disclosed that Sanusi was heading to Lagos to be reunited with his family.

The deposed Emir departed Awe in the same vehicle with El-Rufai at about 4:27 p.m en route Abuja, where he would be flown to Lagos.