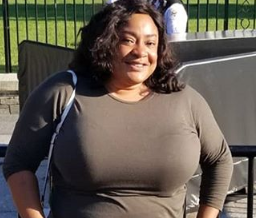 Foluke Daramola Salako is a seasoned actress and indeed one of the acting pioneers in the Yoruba movie sector. She has been in the movie industry for almost two decades with masterly interpretation of roles.

She was born on February 15th, 1978 to a family from Ekiti state, Nigeria, and graduated from Obafemi Awolowo University Ile-Ife, Osun state, with a degree in International Relations.

The award-winning star who celebrated her 42nd birthday in February made her acting debut in 1998, in a soap opera titled ‘Palace’. She went on to feature in several movies notably Above Love (2004), Durodola 2 (2005) and Official Romance (2004). In 2013 her film, Cobweb, which she produced and starred in got her Africa Movie Academy Awards best-supporting actress nomination.

According to the actress, her film, Cobweb, was inspired by her personal experiences, as her mother who is a widow, did not support her choice of career because she wanted her to face her studies and it took her time to prove to the mother her strength and ability in combining both.

In a truly revealing interview with PUNCH Newspaper, Foluke Daramola disclosed that she was a victim of rape. She went on to establish “Action Against Rape in Africa” initiative, which is a movement that seeks to curb rape and bring its perpetrators to book in Africa.

Endowed with large breasts, the mother of two is a delight to men, a natural endowment she also considers to be an asset. Soft-spoken revealed that she used to be shy of her ‘assets’ as a growing girl, she learnt to overcome the issue after reading several literatures.

“The first attraction for most men who come across me is usually sexual. They see my big boobs and are moved immediately. But as a person, I would never go out with any man because they are attracted to my boobs because I know that it is too ordinary. As far as I’m concerned, women should stop seeing these ‘assets’ as a problem but take them as blessing. It is only by so doing that they’ll know how to carry themselves better. They should carry themselves well and not be ashamed,” she said.

In 2005, the actress got married to Babatunde Sobowale. Their union ended in 2008 on grounds of domestic violence. She gave marriage another shot in 2013 and married her current husband, Kayode Salako. She has two children from her first marriage.