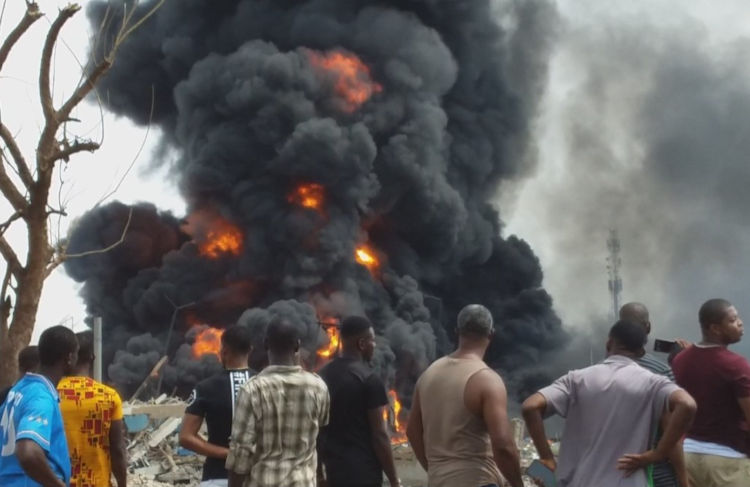 The All Progressives Congress (APC) has commiserated with victims of Sunday morning’s explosion which occurred at Abule Ado in Amuwo Odofin Local Government Area of Lagos State and resulted in deaths, injuries and damage to property.

APC in a statement issued by Mallam Lanre Issa-Onilu, National Publicity Secretary. said the party commended the emergency response led by the National Emergency Management Agency (NEMA), Lagos State Emergency Management Agency, the Fire Service and other agencies in quickly containing the incident and attending to injured victims of the explosion.

“While the party deeply condoles with families and loved ones over recorded deaths, we also wish the injured a speedy and full recovery and sympathise with residents who lost property in the explosion. We are confident that the Lagos State Government will implement measures to bring succour to the victims,” it said.