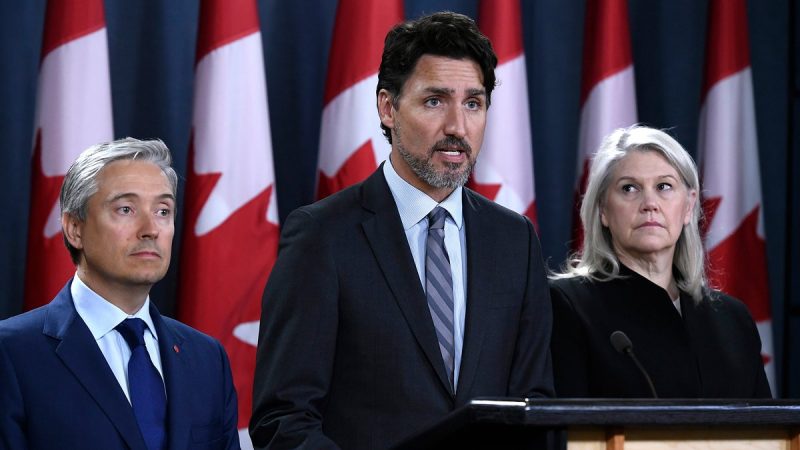 Canada’s reported cases of the COVID-19 respiratory illness caused by the coronavirus passed more than 1,000 on Friday. Till date 12 deaths have been recorded and 204 cases reported in a single to take the tally to 1077.

The sobering reality of the pandemic has made Prime Minister Justin Trudeau roll out a series of measures to stop further spread of the disease.

Henceforth, Canada will turn back asylum seekers who walk over the U.S.-Canada border, Trudeau said on Friday, as economic damage from the coronavirus outbreak intensified and a ban on non-essential travel across the world’s longest undefended border was set to come into effect.

More than 500,000 applications for Canadian unemployment benefits were made so far this week, versus just under 27,000 in the same week last year, Trudeau said. The monthly number of unemployment insurance claims last year averaged 239,000.

“This is of course an unprecedented situation and it is putting a lot of pressure on our system, but we’re on it,” he told reporters outside his house, where he has been in isolation since his wife tested positive for the virus last week.

Air Canada, the country’s largest carrier, said on Friday it will temporarily lay off more than 5,100 employees.

The jobless claims indicate an unemployment rate over the next two months “probably the likes of which we have not seen in the post-war era,” said Bank of Montreal Chief Economist Douglas Porter.

The Bank of Canada on Friday said it would take additional measures to help ensure financial markets continue operating smoothly “given the rapidly evolving uncertainty”.

Canada has closed its borders to most foreign nationals and agreed with the United States this week to close their shared border. A notice from the U.S. Homeland Security Department (DHS) said restrictions will begin at 11:59 p.m. EDT Friday and last until April 20.

Trudeau said the measure to return asylum seekers who walk into Canada outside official border stations was a temporary one to protect the health of Canadians during the coronavirus outbreak.

The Canadian Council for Refugees said it was “shocked” at the decision to turn back migrants.

As the border deadline approached, traffic was already snarled on some crossings early on Friday owing to stepped-up screening measures by the Canada Border Service Agency.

In a relief for Canada’s agriculture sector, temporary foreign workers are exempt from the restrictions.

Trudeau’s government has pledged C$27 billion ($18.6 billion) in support, which could blow out the fiscal deficit and lead to higher government borrowing by nearly 40%, according to Reuters calculations.