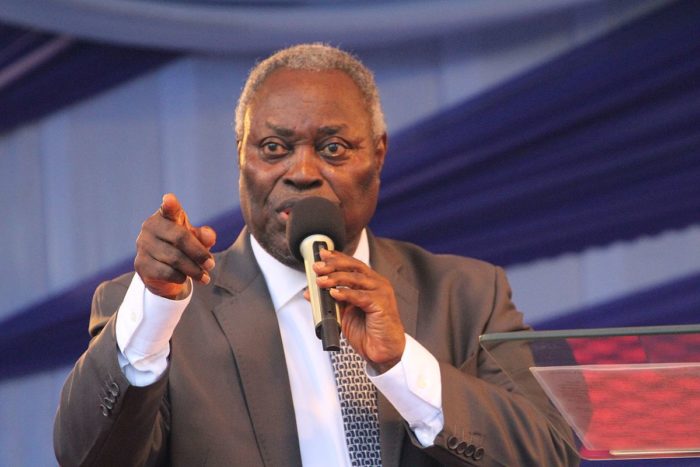 The Deeper Christian Life Ministry on Sunday debunked reports that its General Superintendent, Pastor William Kumuyi held a crusade with large crowd contrary to government’s directive in view of the raging Coronavirus pandemic.

The church, in a statement, issued by the Church Secretary, Pastor Samuel Afuwape said its attention had been drawn to an article by a cross section of the online media on Thursday, 19th March, 2020, alleging that Kumuyi held a crusade despite the ban against large gatherings by the government.

“The publication was a complete misrepresentation of our special monthly church service tagged: “Power Night”, which was streamed online to all Deeper Life Bible Church locations worldwide.

“Generally, it is not our practice to join issues with media outlets, but as a responsible and law-abiding church, we believe that we need to set the record straight as the content of the articles which went viral online, was misleading, mischievous and totally untrue.

“In line with the directives of the Lagos State Government on Wednesday, 18th March 2020, limiting social and religious gatherings to a maximum of 50 persons, our church had, in compliance, held our monthly Power Night Service at local districts where an old message of our General Superintendent was transmitted by satellite broadcast.

“It bears restating that it was not a new service, but the message from an old programme that was broadcast worldwide. The grossly misleading report mis-represented the actual situation, hence the need to set the records straight,” the church said.

Deeper Life added that even in these trying times for the nation and the whole world, it encouraged all true believers to keep faith and hope alive, “for our redemption draweth nigh.”