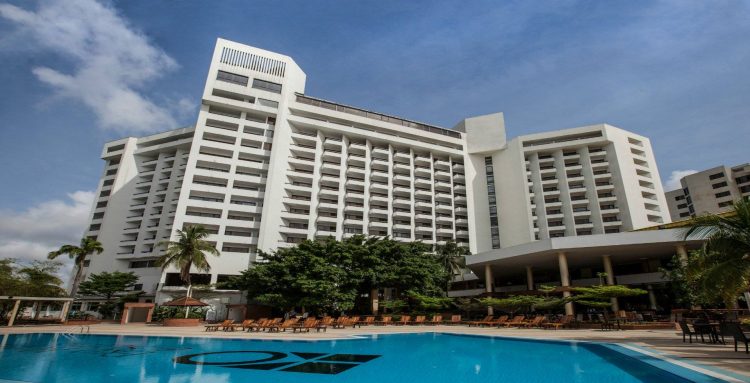 Eko Hotels and Suites, Victoria Island was on Sunday shutdown  by the management over threat of the deadly Coronavirus.

The hotel’s management announced on Sunday that it has shut the edifice, saying that its decision to shut the hotel was a difficult one, but had to be taken in the interest of the public.

Lagos has been the epicentre of Coronavirus in Nigeria with over 20 cases confirmed in the state.

According to the Nigeria Centre for Disease Control, six new coronavirus cases were diagnosed in Lagos on Sunday, bringing the total to 24, four in Abuja, one in Oyo and one in Ekiti.

The state government, in a move to curtail the spread of the disease had banned gatherings above 50 people.

Governor Babajide Sanwo-Olu, also on Sunday banned civil servants from grade level 1-12 from coming to work for the next two weeks.

According to the governor, the stay-at-home directive applied to workers on grade level one to 12.

“We know the enormity of the task at hand, and we are ready for it. We are working with market leaders and even public transport unions to ensure social distancing.

“Self-Isolate for at least 14 days if you are just returning to from abroad. That would be the right thing to do.

“We must always rise to our challenges. We will win with the cooperation of Lagos residents. We have done this before, we will do it again.”